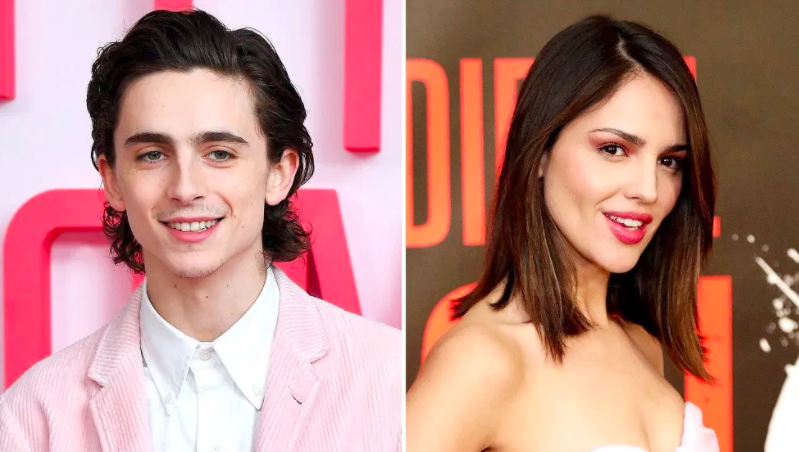 Timothee Chalamet Has A New Girlfriend, And She’s Six Years Older Than Him

For a little over a year, Timothee Chalamet was dating 21-year-old actress/model Lily-Rose Depp. They went on a few vacations together, made headlines for their sloppy kiss on a boat, and then sadly broke up a few months later.

Now the 24-year-old actor is moving on with a 30-year-old actress named Eiza Gonzalez. If you thought Chalamet’s type was skinny white girls, well, think again.

The two stars went on a little vacation together in Cabo San Lucas.

The Call Me By Your Name actor and González were spotted hanging out in a hot tub on Saturday, June 20, in photos obtained by Just Jared. Chalamet wrapped his arms around the Baby Driver actress from behind and the twosome later shared a kiss. The Lady Bird star wore an orange pair of swimming trunks while González donned a yellow bikini.

They have not been shy with the PDA, that’s for sure. As mentioned above, Chalamet broke up with Depp a few months ago, so it’s been a proper amount of time to move on for someone in their 20s.

As for Gonzalez, she was seen getting pretty “flirtatious” with Jeremy Renner at a pre-Super Bowl party in Miami back in February. We’re not sure how ones goes from Jeremy Renner to Timothee Chalamet, but hey, I guess it proves she’s open to dating all types of people.

How long do you give their relationship?