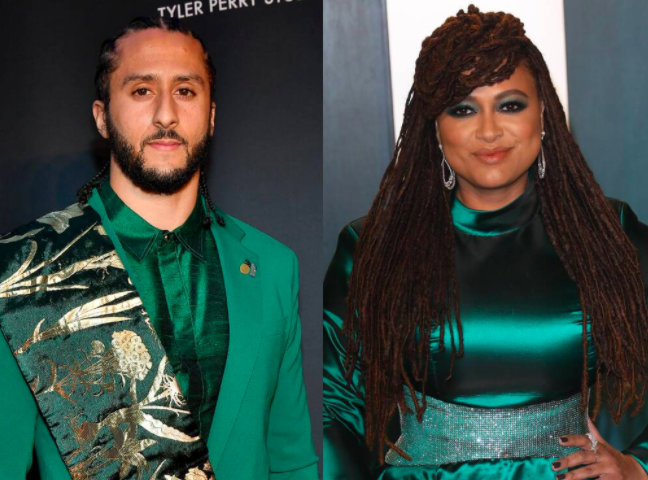 Colin Kaepernick may or may not be back on the field during the next NFL season, but one thing is for sure, he won’t be fading away into obscurity anytime soon.

It was reported this week that Kaepernick is teaming up with filmmaker/producer Ava DuVernay to create a limited series titled ‘Colin in Black & White‘ for Netflix. The series will focus on his formative high school years, diving into the “acts and experiences that led him to become the activist he is today.”

DuVernay released a statement on the partnership:

With his act of protest, Colin Kaepernick ignited a national conversation about race and justice with far-reaching consequences for football, culture and for him, personally. Colin’s story has much to say about identity, sports and the enduring spirit of protest and resilience. I couldn’t be happier than to tell this story with the team at Netflix.

Michael Starrbury will write and executive produce with Kaepernick and DuVernay. Additionally, Kaepernick will appear as himself as the narrator of the six-episode miniseries.

The series was apparently already in the works as far back as 2019, and writing on the project wrapped back in May.

Too often we see race and Black stories portrayed through a white lens. We seek to give new perspective to the differing realities that Black people face. We explore the racial conflicts I faced as an adopted Black man in a white community, during my high school years. It’s an honor to bring these stories to life in collaboration with Ava for the world to see.

No word on when they plan on releasing this series, but it should make for an interesting and hopefully informative watch.