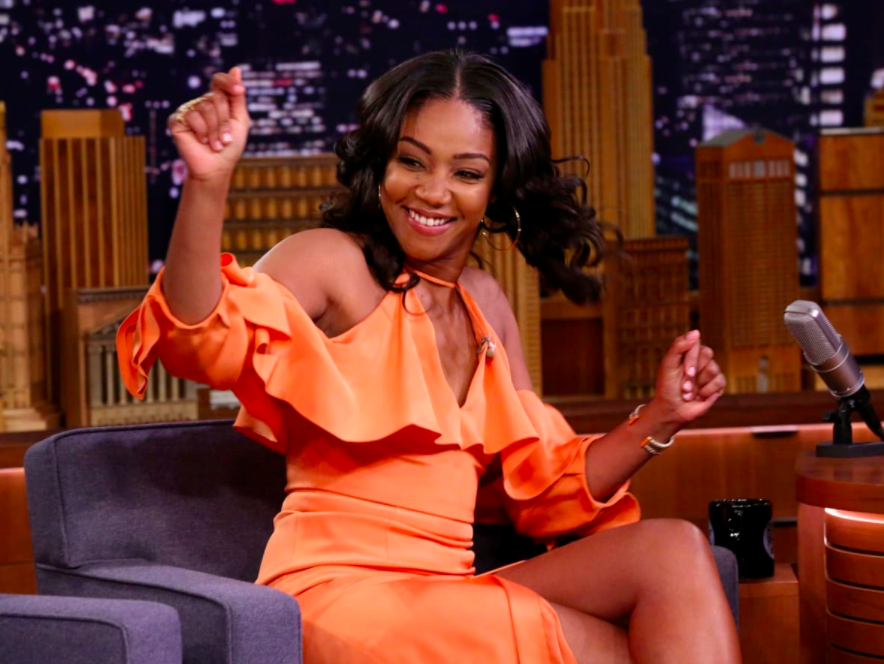 We are used to seeing Tiffany Haddish as the funny girl. The one who will do or say something outrageous on camera to spark a laugh.

But during a conversation with Vivica A. Fox on her podcast ‘Hustling With Vivica A. Fox’ Haddish got serious. She opened up about being raped at 17-years-old by a police cadet.

She explained that she lost a little bit of her soul, “Like I wasn’t even take advantage of, that motherf**ker just took me,” she explained. She described the experience as traumatizing and says it messed her up for a long time.

In the years following the assault, Haddish started dating members of law enforcement in hopes they’d help her get revenge on the police cadet who assaulted her…

I dated a police officer, a judge, a lawyer. I dated several different kinds of dudes, thinking, ‘Oh if I date them, they’ll love me and they’ll try to help me with my crusade of getting justice for my family and myself.’ But they was like, ‘nah.,’

I had to learn revenge is not really where it’s at. Really the true revenge is in your success. I don’t know why I thought these police would do something to this other police officer because he took advantage of me.

She reveals that therapy was the thing that helped her heal, “I would not be able to function right now if I didn’t have all the services.”

And as expected, Haddish first tried to cope with the assault with comedy. She used to say that she was sexually assaulted because she was a “sexy teenager” but a few therapists told her that was unhealthy.

By the way, this wasn’t her only terrible experience with the police. She’s had a few throughout her life, including one incident where a cop pulled a gun on her.