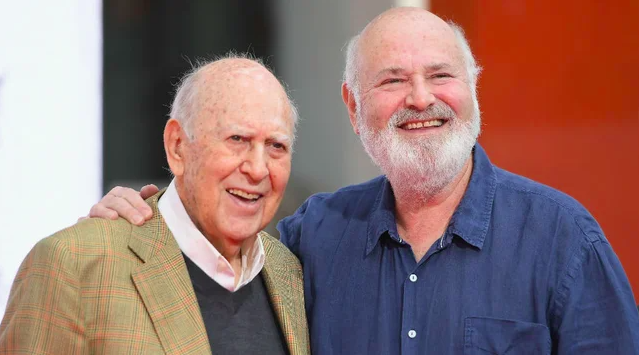 Legendary Entertainer Carl Reiner Has Died At The Age Of 98

Some sad news to report today. Comedian/actor/director/writer Carl Reiner has died at the age of 98. The creator of ‘The Dick Van Dyke Show‘ died on Monday night inside his home in Beverly Hills.

His assistant confirmed the news. They say he died of natural causes, and at the age of 98, that seems likely.

Last night my dad passed away. As I write this my heart is hurting. He was my guiding light.

Reiner was an absolute legend in Hollywood. He was a nine-time Emmy winner. He also directed Steve Martin in The Jerk and starred alongside George Clooney, Bernie Mac and Brad Pitt in Ocean’s Eleven.

So sad to hear about @carlreiner Not only did he make my favorite TV& movies (see:Where’s Poppa) but his humanity was beyond compare. His heart was so full of love. Never left his house empty handed- book, space pen, Swiss Army knife. RIP to a man that embodies the word mensch pic.twitter.com/mazBmwznkX

RIP to the comedy legend Carl Reiner. who gave us so much laughter in film and TV, in front of and behind the camera. Apart from anything else, thank you for this, the most romantic bedroom scene of all time. https://t.co/9yDBWwE7GX

Goodbye to my greatest mentor in movies and in life. Thank you, dear Carl. https://t.co/H7A4ZwIqfc

Our thoughts and prayers go out to his friends and family. But I’m sure they can rest easy knowing he lived a full life.