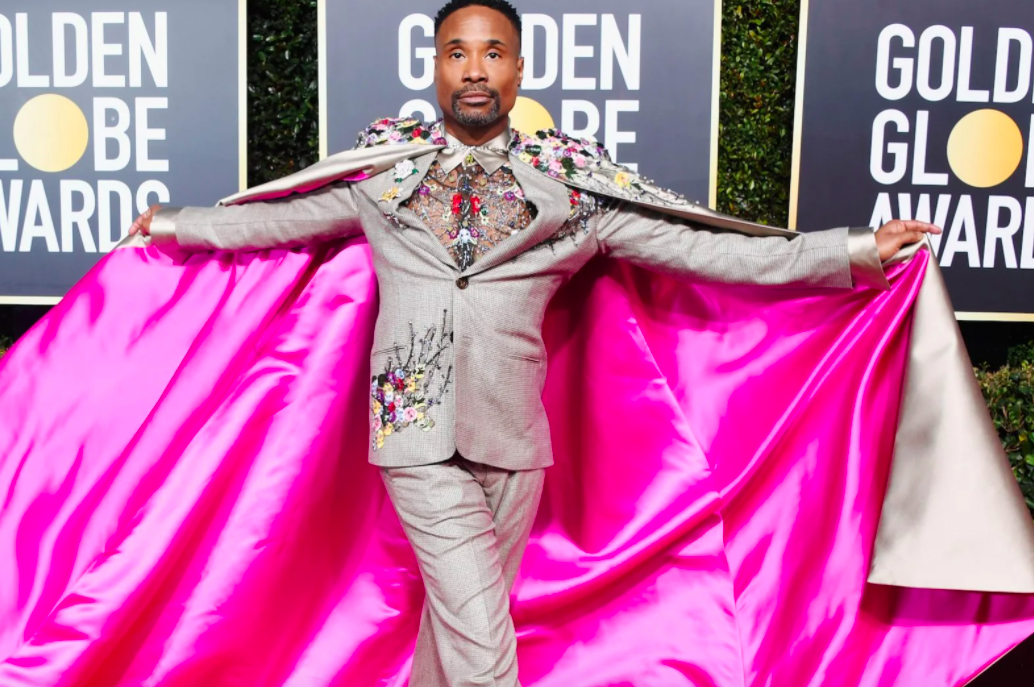 Leave it up to Billy Porter to become the first openly gay man to cover Essence magazine. The ‘Pose‘ star is featured proudly on the front of the magazine’s July/August 2020 issue.

Porter wore an Aliette dress and Christian Siriano hat, if that means anything to you. All I know about is Target.

He talked about his childhood and explained how he never felt masculine enough.

My masculinity was in question from the moment I could comprehend thought. I was never masculine enough by society’s standards to walk the earth. But by taking myself out of the masculinity game, that literally turned my life around, and all of those layers were building blocks to the authentic human being you see in front of you who gives zero f–ks.

The 50-year-old star ain’t lying. He really doesn’t give a heck, and it shows in his work, and it’s probably why he’s now a household name. You just have to be yourself. Not everyone is going to like it, but those that do? They’ll love you forever.

Porter explained that while he doesn’t see himself as an “organizer” he’s definitely the type to show up with a sign and protest.

Being first-generation post-civil rights and feeding directly into, as a gay man, the AIDS crisis, activism is in my DNA. And while I don’t fancy myself an organizer, you tell me where to show up, I’m going to show up. I’m that kind of activist.