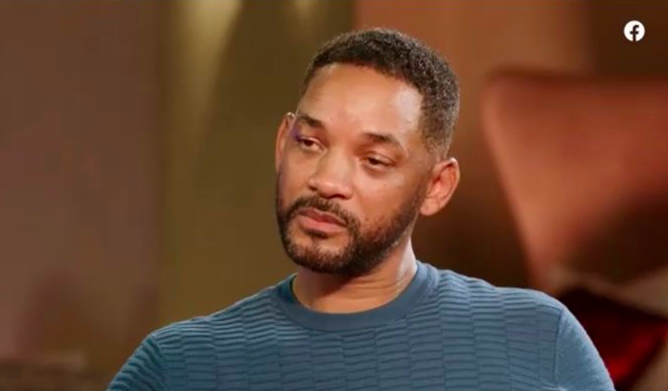 DAMN! Jada Pinkett Smith Admits To Relationship With August Alsina, But Claims She And Will Were Separated!

You might have noticed the hashtag “#PoorWill” trending this afternoon, and that’s because Jada Pinkett Smith admitted to having an affair with August Alsina. Or well, she claims it wasn’t an affair, but we’ll get to that.

As most of you know, Alsina sat down with The Breakfast Club’s Angela Yee last month to talk about his affair with Jada a few years back. He claimed that Will had given him permission to essentially f**k his wife.

A rep for Jada quickly shot down the rumors and said the story was “absolutely not true,” and you could tell that hurt August because he seemed to really love Jada. It was a real relationship to him. He was completely in love, which is part of the reason why he was speaking out.

Anyway, fast forward to today (July 10) and, uh, well Jada and Will surprised everyone by releasing a special version of Red Table Talk on Facebook. In the ~talk~ Jada admits to having a relationship with August over four years ago, but she claims it was NOT an affair because she and Will were separated at the time.

She claims that she thought Will and her were done, and that’s when her “entanglement” with August started. She also claims that at first she was trying to “heal” August because he was very sick at the time. And then I suppose somehow that healing turned into sexual tension. The classic nurse/patient story.

Jada made it clear that Will did not give her permission because she didn’t need his permission.

The only person that can give permission in that particular circumstance is myself. I could actually see how he would perceive it as permission because we were separated amicably and I think he also wanted to make it clear that he’s also not a homewrecker. Which he’s not.

People on Twitter are pointing out how sad Will looks throughout the conversation. I mean, he laughs and smiles, but there is some sadness behind those eyes. It also seemed very rehearsed. I know they wanted to make it seem raw, but I ain’t buying this sh*t.

I think they wanted to deny this affair at first, and then it blew up. August probably hit them with some receipts, and they thought, “Damn. We better take control of this while we still can.”

Jada claims she hasn’t spoken to August in years. Oh, and she also says that Will has already got his payback on her. Whatever the hell that means.

Who did Will f**k? That’s what we want to know!