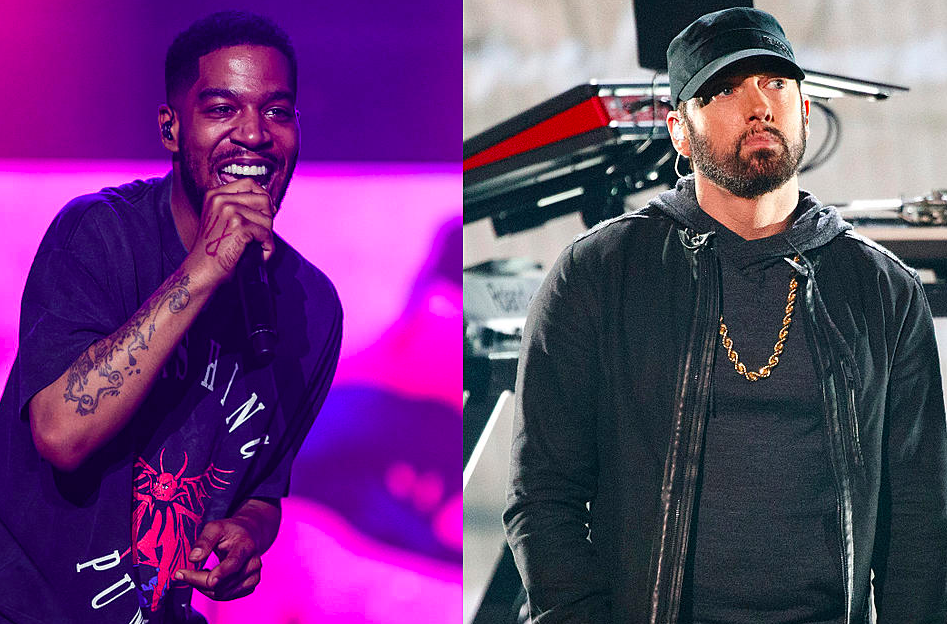 Eminem Says “F**k Drew Brees” In New Track With Kid Cudi, Listen To It Inside!

Eminem and Kid Cudi just dropped their new track together at midnight on Friday. The track, which is called The Adventures Of Moon Man & Slim Shady, doesn’t seem to have a clear theme.

It starts off with Cudi rapping, then Eminem jumps on the record. In Em’s verse, he disses New Orleans Saints QB Drew Brees…

As most of you know, Brees made headlines last month by saying he didn’t really understand Colin Kaepernick’s national anthem protest, “I will never agree with anybody disrespecting the flag of the United States of America,” he said during an interview.

He later apologized for his comments and made it clear he stands against racism and police brutality. But I guess Eminem thought it was a little too late.

Bunch of half-wits up in office.
Half of us walkin’ around like a zombie apocalypse.
Other half are just pissed off and don’t wanna wear a mask.
And, they’re just scoffin’.
And, that’s how you end catchin’ the s**t off ’em.
I just used the same basket as you shoppin’.
Now I’m in a f**kin’ casket from you coughing.

And to Em’s credit, he has been putting up a lot of money for COVID-19 relief. He’s made some pretty big donations and has helped raise millions for coronavirus relief funds.