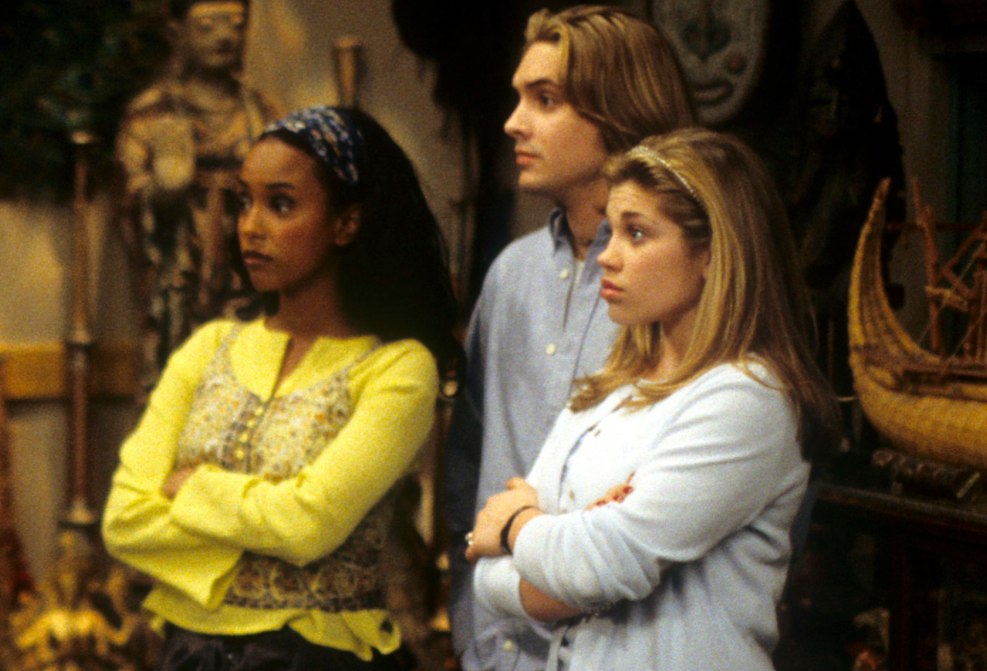 Oh no. Not Boy Meets World too! Here we were thinking Boy Meets World was the perfect show. I mean, it brings back so many great memories for ’90s kids, and it still holds up for kids today.

But apparently, there was some questionable behavior going on behind-the-scenes.

Back in January, actress Trina McGee who played Angela on the show, made a public statement about how she was treated by some of the other cast members.

Said happy hellos to be greeted with blank cold stares. Dissed for believing in God in front of extras. F–kery was real. All truth. stayed nice. Not mad. Just feeling free to comment on 20 plus years of disrespectful behavior.

Called aunt Jemima on set during hair and make up. Called a bitter bitch when I quietly waited for my scene to finish rehearsing that was being f’ed up over and over due to episode featuring my character. Told ‘it was nice of you to join us’ like a stranger after 60 episodes.

After her comments went viral, Danielle Fishel (Topanga) revealed she was the one who greeted McGee with a blank cold stare when she returned to set.

I owed @realtrinamcgee an apology for being rude, cold, & distant when she guest starred on GMW (her tweet regarding warm hellos being met with cold blank stares was about me), Trina and I spoke over a month ago and she gracefully accepted my apology.

And while McGee admits that they are on “friendly terms” now, and Fishel even shares family photos with her now.

It’s not Fishel who she is most proud of. It’s Will Friedle, who played the lovable goof Eric Matthews on the show.

Apparently, he was the one who made the “Aunt Jemima” comment years ago.

The person who really did call me and really brought everything into perspective really was Will … He has conveyed to me how much this has changed his perception of comedy. And humanity. Will apologized to me and I forgave him, I then apologized to him for making the statements public because his joke came out of just not knowing, not viciousness and he forgave me. That’s what friends do.

So it looks like all is well between the cast now. It’s sad that it takes world changing movements to create this dialogue, but hey, at least the conversation has started.