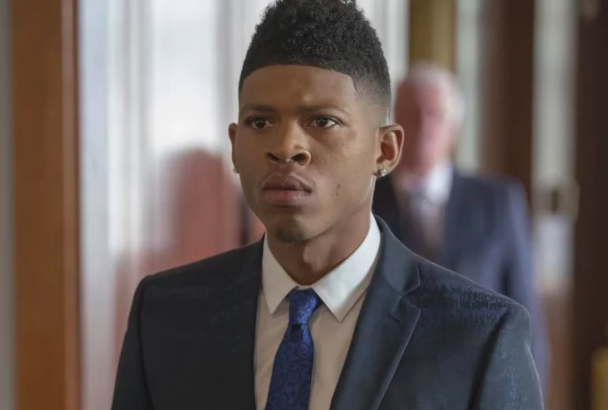 Another ‘Empire‘ star is having trouble with the law. This time, it’s Bryshere Gray, who played Hakeem Lyon on the hit show. He starred in every season of the show. It was basically his big break, and the future was looking up for him.

But unfortunately, his career might be taking a hit. He was arrested early Monday morning in Goodyear, Arizona, after an intense standoff with a SWAT team and crisis negotiators.

Why were cops at his house? Well, because he apparently beat his wife.

Goodyear PD says officers responded to a call to assist a woman at 10:15 PM Sunday night at a Circle K. Police and say the woman flagged down a good Samaritan for help and claimed her husband, Bryshere, assaulted her for several hours at their home.

Police say Bryshere’s wife had numerous visible injuries on her body, and cops say she claimed Bryshere strangled her and she temporarily lost consciousness during the alleged assault.

Bryshere’s wife was transported to a hospital to be treated. Meanwhile, cops went to visit Bryshere at his home. When they arrived, he refused to leave the house and barricaded himself inside.

After a SWAT team and crisis negotiators arrived, cops say the standoff finally ended around 7 AM when Bryshere surrendered to officers in front of his home.

His wife was treated for her injuries and released from the hospital. That’s pretty much all we know at the moment. Reps for the actor have not commented on the situation.