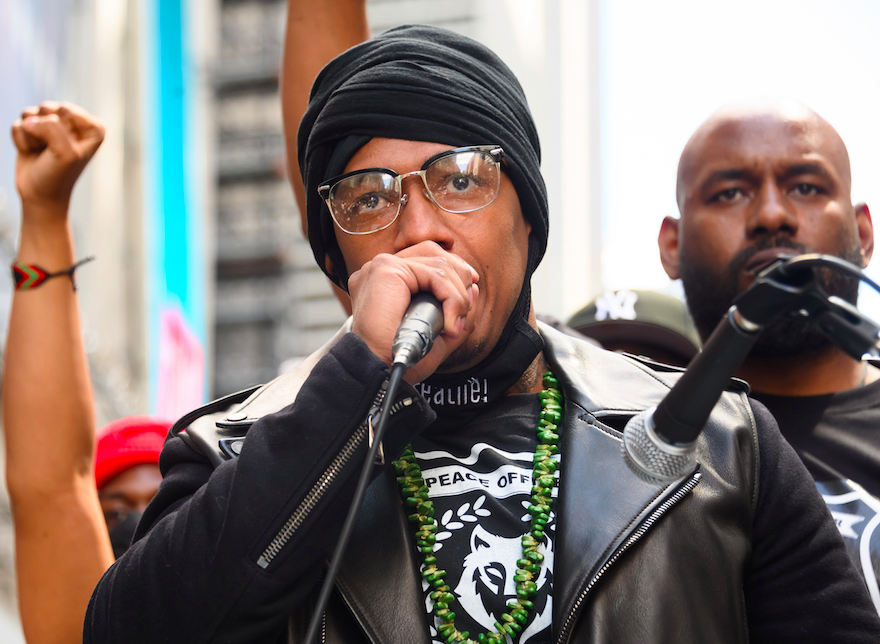 Back on June 30, Nick Cannon released an episode of his ‘Cannon’s Class‘ podcast. In this episode, he interviewed Professor Griff, a rapper who was a part of Public Enemy before leaving the group after making anti-Semitic remarks.

During the episode, Cannon claimed that black people are the “true Hebrews” and chatted about anti-Semitic conspiracy theories involving the Rothschild family.

It’s never hate speech, you can’t be anti-Semitic when we are the Semitic people. When we are the same people who they want to be. That’s our birthright. We are the true Hebrews.

Not long after the podcast episode aired, ViacomCBS decided to terminate their relationship with Cannon.

ViacomCBS condemns bigotry of any kind and we categorically denounce all forms of anti-Semitism. We have spoken with Nick Cannon about an episode of his podcast ‘Cannon’s Class’ on YouTube, which promoted hateful speech and spread anti-Semitic conspiracy theories. While we support ongoing education and dialogue in the fight against bigotry, we are deeply troubled that Nick has failed to acknowledge or apologize for perpetuating anti-Semitism, and we are terminating our relationship with him.

For those who don’t know, MTV is owned by ViacomCBS, so this was a pretty big decision, considering Cannon had hosted the super successful Wild ‘N Out for over 10 years on MTV.

Cannon is speaking out now. He went on Facebook to defend himself in a lengthy post, where he demanded full ownership of his “billion dollar” Wild ‘N Out brand.

I am deeply saddened in a moment so close to reconciliation that the powers that be, misused an important moment for us to all grow closer together and learn more about one another. Instead the moment was stolen and highjacked to make an example of an outspoken black man.

He claims that he tried to have a conversation with the company, but they refused to speak with him.

So that’s when I realized they don’t want a conversation or growth, they wanted to put the young negro in his place. They wanted to show me who is boss, hang me out to dry and make an example of anyone who says something they don’t agree with. … Still, I honestly can’t believe that Viacom has such poor council that would allow them to make such a divisive decision in the midst of protests and civil uprising within our current pandemic. Truly an unwise decision.

For what it’s worth, a rep for the company claims Cannon did not try to reach out and failed to apologize at first.

This is an interesting situation. That’s for sure. I was not made aware of Cannon’s comments until now, so I’m not sure if there was backlash initially or not. But if there was, and people were calling on ViacomCBS to do something, then this is the result of the cancel culture we live in.

But if no one was outraged except the company itself, then well, it kinda seems like they were just waiting for Cannon to screw up so they could fire him.

More things like this will happen in the future though. It’s the world we live in, and you can’t pick and choose who you’re allowed to ~hate~ on.