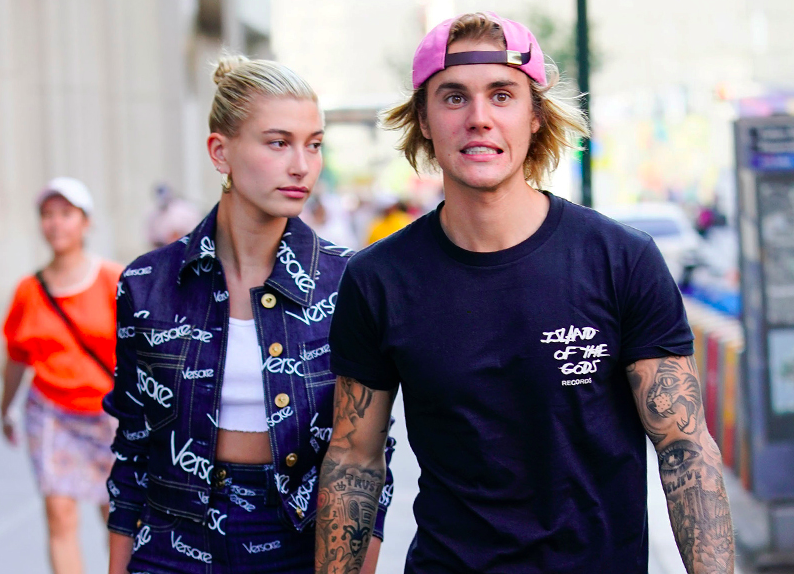 Julia Carolan, a former restaurant hostess in Manhattan, has been spilling all sorts of tea on TikTok. She’s been posting videos, rating her interactions with various celebrities throughout the years.

In a recent clip, posted back on Sunday, she claimed that both Gigi and Bella Hadid were “so nice” but Justin Bieber’s wife, Hailey Baldwin was cold as hell.

Next up we have Mrs. Bieber. This is going to be controversial. I’ve met her a handful of times and every time she was not nice. I really want to like her, but I have to give her, like, a 3.5 out of 10. Sorry!

Baldwin ended up seeing the video and she actually responded by writing a quick comment, “Just came across this video, and wanted to say so sorry if I’ve ever given you bad vibes or a bad attitude.”

I suppose that’s nice? Maybe she’s changed. After all, she’s only 23-years-old, so when these interactions happened, she may have been 19/20. The majority of people that age, especially if they grew up rich, are douchebags.

Who else was rude? Well, she claims Kylie Jenner wasn’t exactly rude, but for a billionaire, she was a terrible tipper. She apparently left a $20 tip on a $500 dinner.

Julia says that ‘Drake & Josh‘ star Josh Peck was super nice and got a 10/10 rating, along with Nick Jonas, who she described as “chill” and a “nice guy.”

The only other star to get a perfect rating from Julia was Beyonce, “When she left she made sure to look at me and gave me a big smile and said, ‘Thank you.’ She is beautiful.”

There you go. I wish more servers would do this. They need to come together and a write a tell-all book.