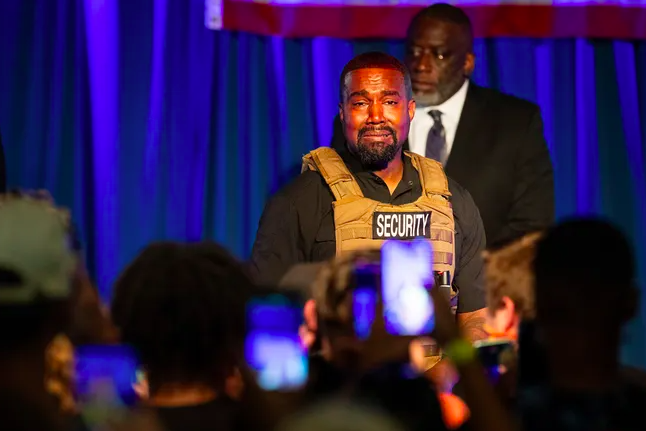 Kanye West Had His First Campaign Rally On Sunday Night, And It Was A Complete Mess…Oh My God

Someone in Kanye West’s circle needs to step up and do something because it’s becoming clearer by the second that West is suffering from another mental breakdown.

The 43-year-old rapper held his first political campaign rally on Sunday night in South Carolina, and it was an embarrassment.

There were several, “WTF moments” during his speech. In one portion of the speech, West started hating on Harriet Tubman by saying she “never actually freed the slaves, she just had them work for other white people.”

Kanye said this and I left immediately. I went for a laugh and I got one. But when it got disrespectful for me it was over. pic.twitter.com/nNqjUp03mu

That’s an odd take to have, considering Tubman is one of the most respected figures of 19th Century America.

She escaped slavery, she helped enslaved Black men and women travel north to freedom and fought for the Union during the Civil War. She later became a supporter of women’s suffrage.

Later in the speech, West got emotional. He started crying while speaking against abortion. He claims he and Kim Kardashian were *THIS* close to terminating their first pregnancy. He said that Kim had the pills ready to go, but then a message from God changed his mind.

I almost killed my daughter. I love my daughter. … God wants us to create. No more Plan B — Plan A. So even if my wife were to divorce me after this speech, she brought North into the world, even when I didn’t want to. She stood up, and she protected that child.

He then talked about how he would keep abortion legal, but no one would want to because everyone who had a baby would be getting a million dollars? I don’t f**king know.

You can go to any street corner in Los Angeles and hear a homeless dude ramble on about the same sh*t.

West needs help. This is not the ramblings of a sane person. I don’t know who has the power in his circle, but whoever does, they need to use that power. Get him some help. It’s not even funny. Like, I’d feel bad making fun of him right now.