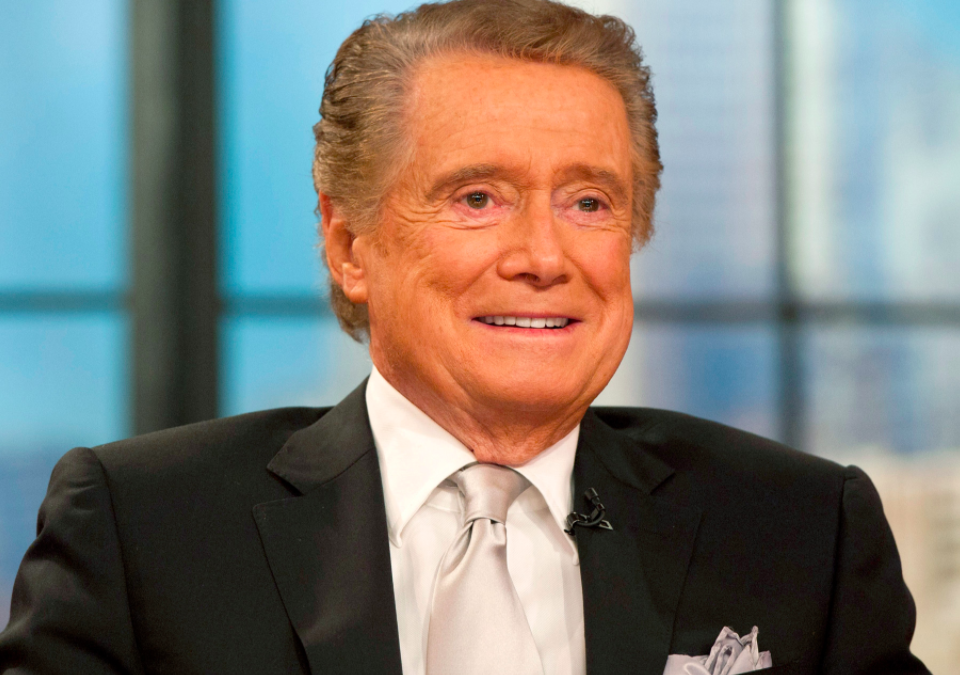 You probably heard the sad news over the weekend, 88-year-old TV icon Regis Philbin died on Friday, July 24. The news of his death was reported on Saturday by his family.

According to the reports, he died from heart disease, which is not too surprising. He had been dealing with it for decades. Back in the ’90s he had angioplasty performed and then in 2007 he had a triple bypass. But Regis was a tough dude, and one of the hardest working people in show business, so even after that triple bypass, he continued on for 13 more years.

On Monday’s episode of Today, his longtime cohost Kathie Lee Gifford talked about the last time she saw him. She admits that he wasn’t the same. She had visited him just two weeks ago.

After they left [my place in Tennessee], I just thought to myself, ‘Lord, Is that the last time I’m gonna see my friend?’ Cause he was failing, I could tell. I then called, of course. I don’t know, something told me the other day when I was in Tennessee, ‘Get on a plane and go home. Get on a plane.’ I didn’t know why, but I had learned to listen to that voice.

She then jumped on a plane to come home and that’s when she heard the news about his passing.

[I] called Joy immediately and talked with her. Yesterday, I drove over to her house with a big vat of frutti di mare and every gift wine I had to give to her and the girls. They were in their living room going through pictures. There were just thousands of pictures. We just reminisced for a little while.

Regis was truly one of the greats. It’s really difficult to find a negative story about the guy. Even on Twitter, where people have no problem sharing terrible stories about the dead, it’s nothing but positivity with Regis.

And it’s not just people talking nice about him because he’s dead. Even back in April, months before his death, people were sharing stories about how delightful he was.

Not a straight comedian, but a very funny man nonetheless. Regis Philbin!Always made time to personally catch up with producers and pa’s before shows (I’m sure he’s had 1000’s at this point). On my mom’s 60th, he grabbed my phone and called her to sing happy birthday! Legend.

He will be missed, but the impact he made on television? It’ll be here forever. And no matter how big/busy you get, there’s always time to be nice.