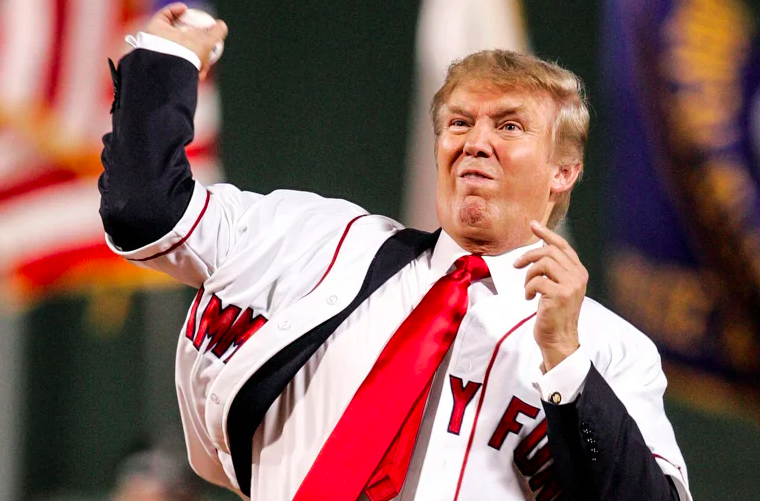 Wait, What? Donald Trump Made Up Story About Throwing Out First Pitch At Yankees Game Because He Was Jealous Of Fauci?

First of all, let me apologize for the long title. I tried to make it shorter, but this story is so bizarre (and incredibly sad) that I wanted you all to get the full picture.

So let’s talk about this craziness. You know how Dr. Anthony Fauci threw out the first pitch at Nationals Park on Opening Day? Well, we say “threw” but it was more like, uh, I’m not sure what you would call this.

You be the judge…

The dude is like 80-years-old though, so we’ll give him a break. Anyway, Trump was apparently jealous of this, so he made up a story about how he was invited to throw out the first pitch at an upcoming Yankees game, but he had to cancel due to his busy schedule.

Right away, that tweet seems suspicious, right? Since when has he had a strong focus on the coronavirus? Also, doesn’t he golf like every weekend? You mean to tell me he couldn’t take a day off to throw out the first pitch at a Yankees game?

No way. He loves the spotlight too much.

So people started looking into this, and it turns out, Trump was never invited to throw out the first pitch on August 15.

The NYT says BOTH the Yankees and White House personnel were surprised by Trump’s wishes … and never officially locked in a date despite Trump saying they had. Donald has never thrown out a first pitch since taking over office in 2016

The report does say that Trump has had a longstanding informal offer from the Yankees’ team president to throw out one at some point, but no dates were ever talked about and nothing was ever confirmed.

So yeah, this dude is just making sh*t up now. He was jealous that Fauci was invited out by the Nats. That’s how insecure this dude is. This is our president, folks.

All you can do is shake your head.