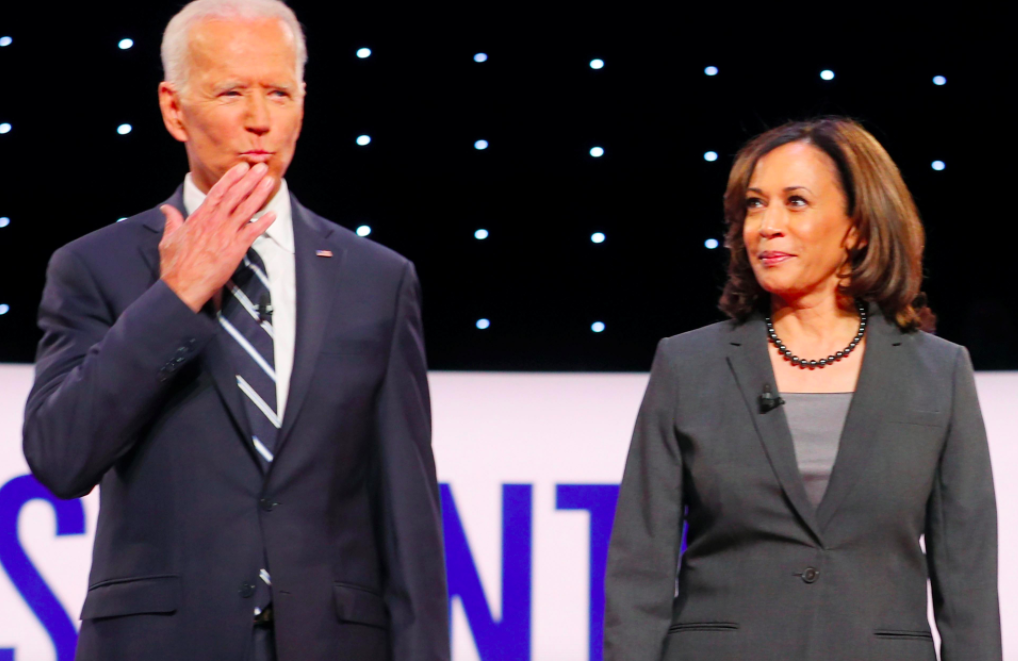 It’s been months now, and still, Joe Biden has not revealed his pick for vice president. People have been waiting and waiting. The election is just a few months away now, so he needs to come forward with his selection soon.

And it looks like he’s about ready to do that. While talking to reporters on Tuesday, a photographer got a closeup shot of Biden’s notes, and at the top of his list? Kamala Harris.

The notes, which were photographed at a speech in Wilmington, Delaware, feature Harris’ name followed by five talking points: ‘Do not hold grudges,’ ‘Campaigned with me & Jill,’ ‘Talented,’ ‘Great help to campaign’ and ‘Great respect for her.’

The fact that her name was first on his list says something. First on list = most important. We all know this. If you make a shopping list, you’re most likely going to have the thing you want most at the top. What’s that thing for you? For me, it’s bananas. I don’t even like bananas that much, but it just feels like something you always need to have as an adult.

Anyway, if Biden does pick Kamala, it’ll be a little surprising because some people in Biden’s camp are still mad at her for how she attacked Joe in the debates.

There was talk early on that Biden would pick Harris if he got the nom, but lots of people thought that plan was 86’d after the Senator went after the former VP for his civil rights record during the first debate.

Chris Dodd, didn’t like the fact Harris had ‘no remorse’ when confronted about the way she went after JB. Dodd reportedly considered her attack a cheap shot, and apparently wanted Harris to apologize for it or something, but she didn’t. Her reported response, a chuckle and ‘that’s politics.’

It looks like they may have worked everything out though. Just a few days ago, Kamala posted the photo you see below to her Instagram account.

There are only 100 days to go until Election Day. 100 days to get your friends, family, neighbors, and complete strangers to turn out the vote to flip the Senate and elect @JoeBiden to the White House.⁣⁣ ⁣ The stakes could not be higher. The decision voters make on November 3rd will shape the country and the world our children and grandchildren will grow up in. The future of the Supreme Court, health care, the climate crisis, and more are all on the ballot. ⁣⁣ ⁣⁣ We have a lot of work to do before November 3rd. Let’s register everyone we know to vote, donate to campaigns when we can, and turn out at the ballot box to defeat Donald Trump and elect Joe Biden as President of the United States.