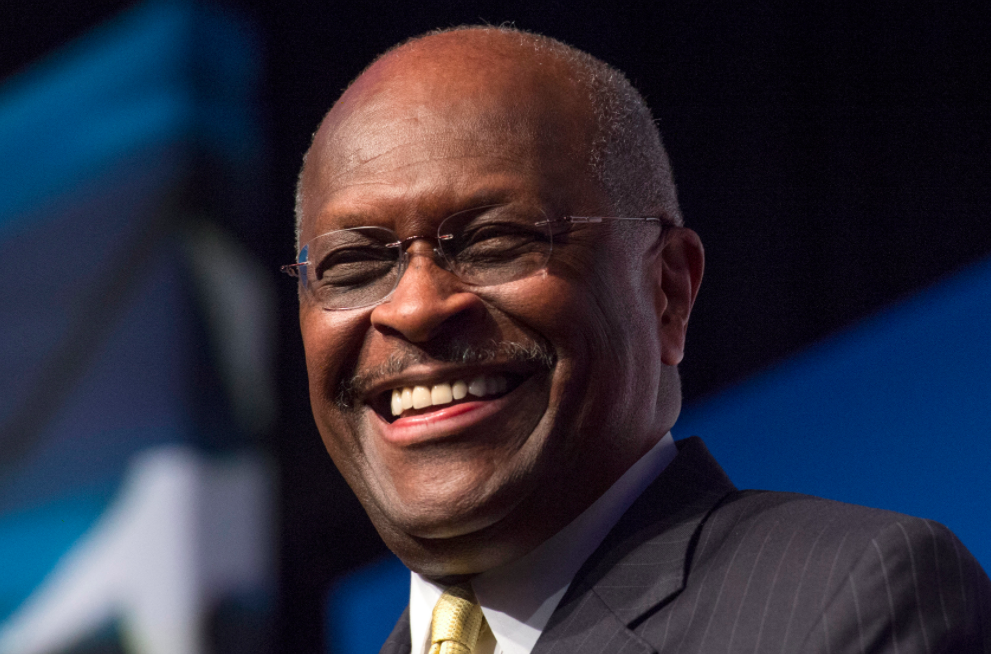 You probably remember Herman Cain’s “999” plan that threatened to take America by storm during the 2012 election. He didn’t win the Republican nomination, but he did get a lot of publicity and has been involved in politics ever since.

Sadly, he died this week after a month long battle with the coronavirus. He had been getting oxygen for several weeks, and doctors were hopeful he’d recover, but unfortunately he never turned the corner. At 74-years-old, Cain was already high risk, but his risk was even higher considering he’s a stage 4 colon cancer survivor.

Just 11 days before Cain tested positive for the virus, he was pictured at the Donald Trump rally in Oklahoma. He was not wearing a mask in the photo, nor was anyone else around him.

We honestly have no idea where he contracted it. I realize people will speculate about the Tulsa rally, but Herman did a lot of traveling the past week, including to Arizona where cases are spiking.

And while that’s true, we have to remember at least eight Trump team staffers in attendance at the rally tested positive. No word on if Cain interacted with any of the staffers, but we do know he did not directly interact with Trump.

Even two days after Cain tested positive, he tweeted out support for Trump’s decision to not require masks at an Independence Day celebration at Mount Rushmore.

“Masks will not be mandatory for the event, which will be attended by President Trump. PEOPLE ARE FED UP!” Cain tweeted out. That tweet has since been deleted.

Again, this is not to kick a man while he’s down. It’s heartbreaking when anybody dies and our thoughts and prayers go out to his friends and family.

This sh*t should not be happening, and if we had a president who actually gave a f**k, maybe it wouldn’t be.