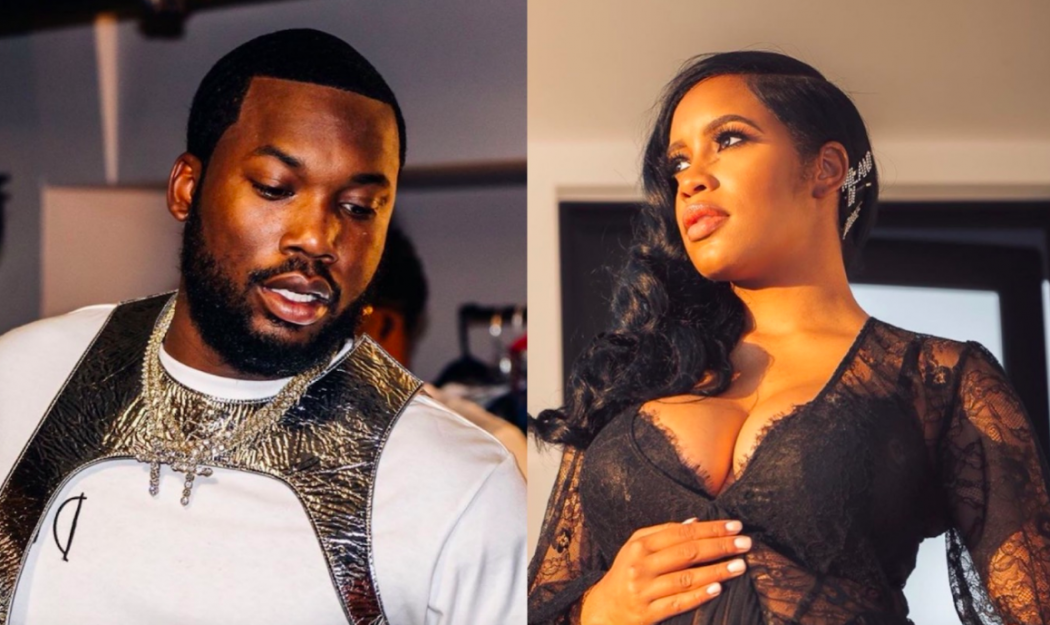 Damn. That didn’t last long, huh? It was reported earlier this week that Meek Mill and his baby mama Milan Harris have split. This news comes just three months after Harris gave birth to a baby boy.

The 33-year-old rapper made the split announcement on his social media accounts. He claimed that he and Harris still have lots of love for each other and will work together to raise their son.

Me and Milan decided to remain friends and build our child as separate parents … we still have mad love for each other but we both came to a understanding. No fall out either just moving forward! Still love! This for protection so social media won’t think we moving wrong.

Of course, a celebrity split is never without drama. It can never be as simple as “we just make better friends!”

According to one anonymous source, Meek is expecting another baby with a different woman, and he was wanting to break up with Harris before the news leaked.

We have no way of confirming this news, but it wouldn’t be surprising. It wouldn’t be a good look to have that news break while he’s still in a relationship. That being said, it’s not gonna look good either way.

Meek’s name has been in the headlines a lot recently. Kanye dragged him into his drama with Kim Kardashian last week by claiming Kim tried to make a move on Meek a couple years ago. West claimed Meek was respectful and did not reciprocate.