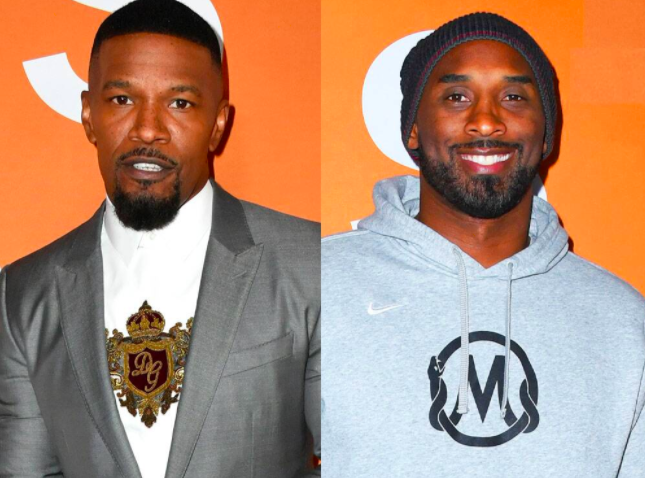 Jamie Foxx was on The Tonight Show with Jimmy Fallon earlier this week, and during their discussion, Foxx talked about his relationship with the late NBA great, Kobe Bryant.

As most of you may know, Foxx is from Texas and because of that, he’s a huge Dallas Mavericks fan. And back in the day, Kobe used to give him all kinds of hell for it.

They would trash talk each other constantly. Foxx remembered one time Bryant came to see him perform in Los Angeles. Everyone there was a Lakers fan, except Foxx, so Bryant teased by saying, “Mavericks? Mavericks? I thought you was a winner.”

That’s when they started going back and forth. At one point, Kobe said no player could handle him, and that’s when Foxx brought up LeBron James. The 52-year-old actor claims Kobe left his performance soon after that comment to go work out.

‘He says, ‘Do you have some water?” Foxx recalled. ‘I said, ‘Huh’? He says, ‘You’re going to need it because you’re going to choke on my fifth ring.’

And then the Lakers went and won the 2010 NBA championship. Kobe Bryant was the MVP of the finals, by the way.

Motivation. It’s the best drug in the world.