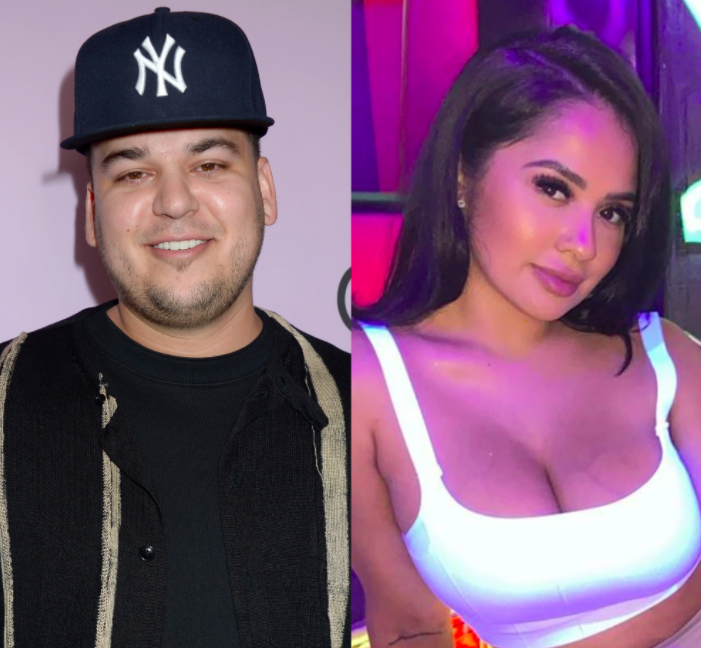 It looks like Rob Kardashian has officially moved out of his Blac Chyna-induced trauma. That weird relationship nearly broke him (as we all said it would) but thankfully it looks like he has turned a corner.

He made a public appearance at his sister’s birthday party a month or so ago, and he also returned to social media. He’s been posting regularly on his Instagram.

Heck, just the other day he posted a shirtless selfie by the pool…

I didn't see the light until I was already a man, by then it was nothing to me but blinding!

So yeah, the dude is feeling good, and that might have something to do with an Instagram model by the name of Aileen Gisselle.

If you’re not one of the 260k people following her, this is what you’re missing out on…

I like you 'cause you cut how I'm cut too

On Monday, Gisselle posted a video of Rob in her Insta Stories while they were out to dinner together.

In the clip, Gisselle zooms in on Rob as he smiles widely using the pink hearts Instagram filter. Gisselle later posted a video of herself in Rob’s Arthur George socks.

Ah, sh*t. She in his socks! THEY KNOCKING BOOTS! They haven’t confirmed that they’re dating, but it does look likely.

And you know, they might be good for each other. They both have a daughter from a previous relationship, so perhaps they’re connecting over that.

Or maybe they’re just having fun. Either way, good on ya’ Rob.