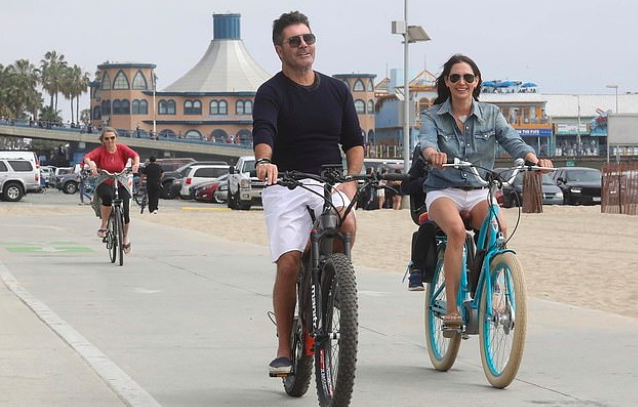 Simon Cowell, known for his hairy chest and searing critiques, had a bit of an accident this past weekend outside his home in Malibu.

The 60-year-old America’s Got Talent judge was reportedly testing out a new electric trail bike in his courtyard when he fell and broke his back in multiple spots.

He was transported to the hospital and had surgery late Saturday night.

A rep for Cowell told E! News over the weekend that he’s ‘under observation and is doing fine.’ Per the rep, Cowell fell from his new electric bike while testing it in the courtyard of his Malibu home. As the spokesperson explained, ‘Simon has broken his back in a number of places.’

Now that he’s had a day or so to recovery, Cowell himself addressed his followers on social media.

He went on his Twitter account to let his fans know that he’s okay. He also thanked the doctors and nurses working at the hospital.

And a massive thank you to all the nurses and doctors. Some of the nicest people I have ever met.
Stay safe everyone
Simon.

Hopefully he makes a full recovery, although we know back injuries are notoriously difficult to come back from. They typically cause pain for the rest of your life. The good news is that Simon has more than enough money to afford the best surgeons/doctors/medicine available, so we’re sure he’ll be fine.

Rest up, Simon! You got dreams to kill!