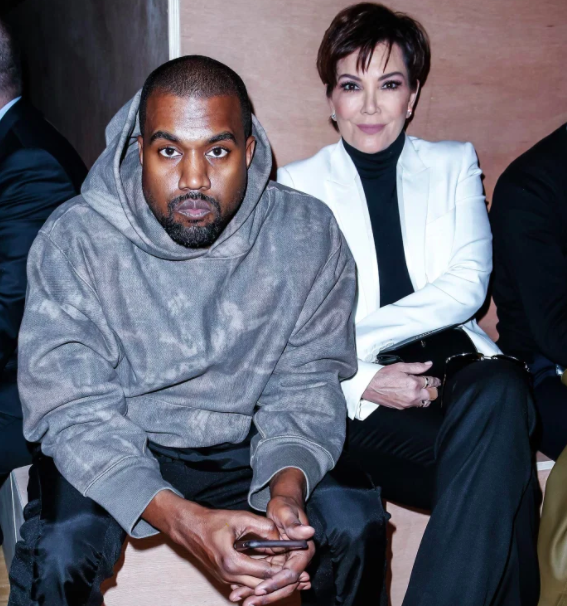 Kanye West must be nearing the end of his current bipolar episode because it looks like he has forgiven Kris Jenner for trying to lock him up in a mental hospital just a few weeks ago.

I’m assuming that counts as an apology in the Kardashian/West/Jenner family.

You know, I’m not at all interested in Keeping Up With The Kardashians because it’s fake, overproduced bullsh*t.

BUT if the Kardashians had a legit, personal reality show? That would be incredibly entertaining. This family is so damn weird and adding Kanye into their odd dynamic has only made it more bizarre.

By the way, insiders say Kris only wanted the best for Kanye, which is why she and Kim were so concerned for him. The source adds that “Kris has had a great relationship with Kanye,” and she hopes that it doesn’t change.

Meanwhile, the rest of the Kardashian family doesn’t seem to be as forgiving.

A separate source claimed that the rest of the Kardashian-Jenner family felt that West had ‘crossed a line’ with his public revelations about his and his wife’s private matters. ‘[Kim] feels helpless at this point,’ the source explained.

It all comes down to medication, man. If Kanye gets back on it, all will be okay. I know he doesn’t want to take it, but until he finds a better way to manage his condition, there is no getting around it.