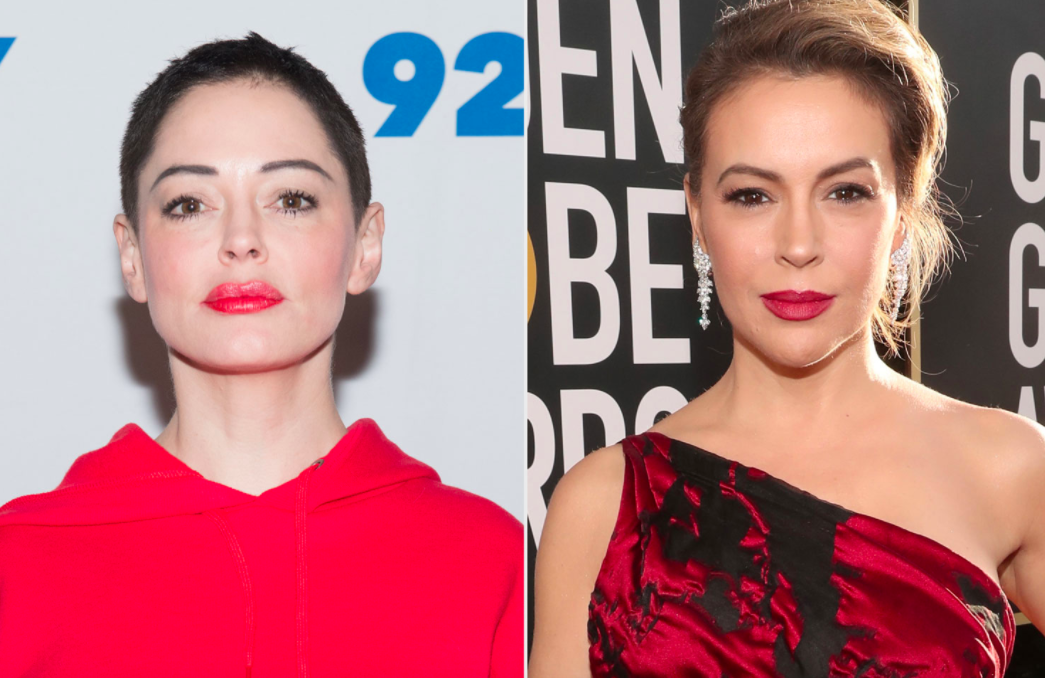 An intense Twitter argument went down on Friday night between Rose McGowan and Alyssa Milano. The two stars used to work together on the set of ‘Charmed‘ way back in the early 2000s.

The drama started on the final night of the Democratic National Convention, when Milano tweeted, “a thread of all the things the Democratic Party has done to make the world a better place.”

The 47-year-old actress began her thread with the 19th amendment, writing, “Under the leadership of Democratic President Woodrow Wilson, the U.S. Constitution was amended to grant women the right to vote.”

Not longer after she posted that, McGowan jumped in to say this…

Ummm… did you conveniently forget only WHITE WOMEN got the right to vote? They betrayed all others. To quote Marilyn Manson, ‘I was not born with enough middle fingers.

If I had been the leader of the Suffragettes, I would have waited and fought for EVERYONE’S right to vote. They f–ked up. And you wonder why Black Women think white feminists are frauds. Most are,

Of course, Milano wasn’t going to see that and ignore it. She replied with the quickness…

Rose and anyone bleating the same ‘dEmOcRaTs DoNt HeLp PeOpLe’ nonsense, your lies are going to hurt people less privileged than you. It’s the kind of thing an ACTUAL fraud would do. Thousands of people are dying a day but you go on with your hyperbolic attention seeking tweets.

And that’s when McGowan decided to get personal with it, accusing Milano of appropriating the #MeToo movement. She also claimed Milano made the ‘Charmed’ set a living hell.

1) You stole #metoo (a brilliant communication tool, not a movement) from Tarana. You co-opted my movement, the Cultural Reset, for fame, jealous of me for outing my rapist. You made 250k per week on Charmed..

You threw a fit in front of the crew, yelling, ‘They don’t pay me enough to do this s–t!’ Appalling behavior on the daily. I cried every time we got renewed because you made that set toxic AF. Now, get off my coattails you f–king fraud.

Damn. She took it there. Milano didn’t really have a response. She simply responded with a bit of snark to make it seem like she wasn’t wounded, but you know McGowan got to her.

I think the only way to settle this beef is to have them fight in a UFC match. That seems to be what people do now to stay relevant.