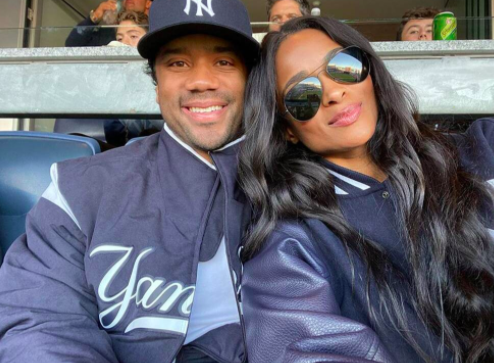 Back in June of 2004, Ciara introduced herself to the world with her debut single, Goodies. The single was not only praised by critics, but the general audience as well, peaking at number one on the US Billboard Hot 100 for seven weeks. It was the longest running number one debut single by a female artist since 1977.

So yeah, you could say the song made Ciara’s career, but during a little chit chat on Level Up Radio with Ciara on Apple Music Hits, the 34-year-old singer revealed she almost lost the song after writing it with other musicians.

I had to reaudition again, to be picked up and to be made a priority on the label. I did that, had a showcase, rocked it. Not knowing that behind the scenes, there was a conversation about this song being potentially taken from me and given to an artist like Britney Spears, who was on the same roster as me.

She admits that losing the record would have been devastating to her career because she knew it was going to be a hit. Had she known at the time that there were discussions of the track going to a different artist, she would have “fought tooth and nail”

It was because it’s a record that I actually was a part of creating. This was my very first song that I put out into the universe. My first song, and by God’s grace, it also was a number one song, and it lasted on the Billboard charts for eight weeks. It was just kind of surreal to see that my dream was coming true.

And now look at her. She’s a household name, married to NFL quarterback Russell Wilson, and together they are worth close to $150 million.

They can buy a lot of goodies.