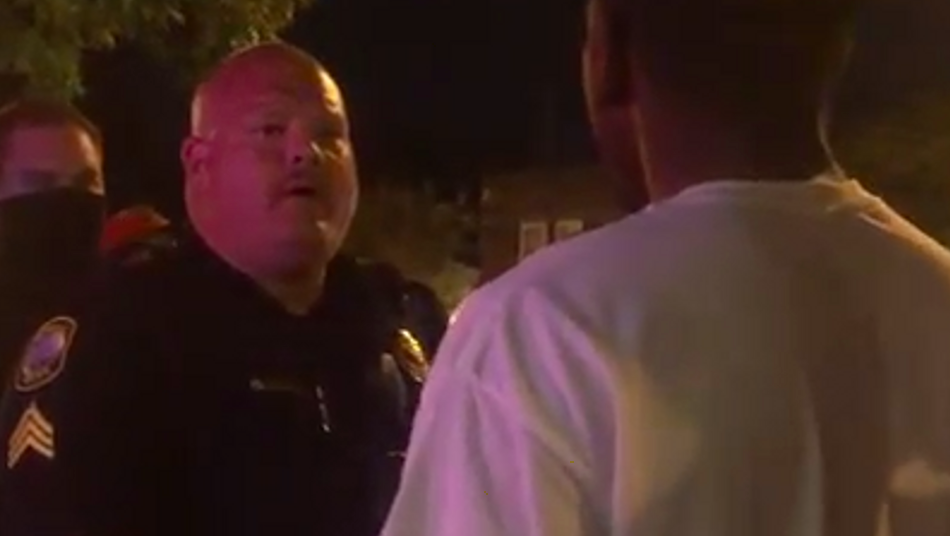 These cops out here are struggling to maintain their power. They have been basically living and working with no fear of punishment for decades, and now that people are pushing back, they’re getting restless.

A white police officer in South Carolina named Chad Walker (of course his name is Chad) lost his cool and showed his true racist colors this past weekend outside a bar.

He and a few other cops showed up at the bar and ordered the patrons to put their drinks down and leave, or else they’d face arrest for breaking the governor’s order to stop serving alcohol at 11 pm, due to the coronavirus.

Chad claims that a black man inside the bar called him the n-word, although it’s unclear from the video if he actually directed the word toward the cop. In any event, Chad was super butthurt that he couldn’t say the word back to him.

Eventually, Chad broke and did say the n-word…TWICE! And he was about ready to drop it again before his cop buddies pulled him away from the argument.

The good news is that Chad has been suspended by the Columbia PD, and the department’s chief has apologized, “The repetition of the racial slur and failure to de-escalate the situation were inexcusable,” the Chief said, which is kinda laughable because when the f**k do you see officers de-escalate anything?

They’re always escalating sh*t. They want conflict, so they have an excuse to inflict pain.

Anyway, we’ll see what happens after the investigation. Hopefully they fire him, but I wouldn’t be surprised if he returned to the department.