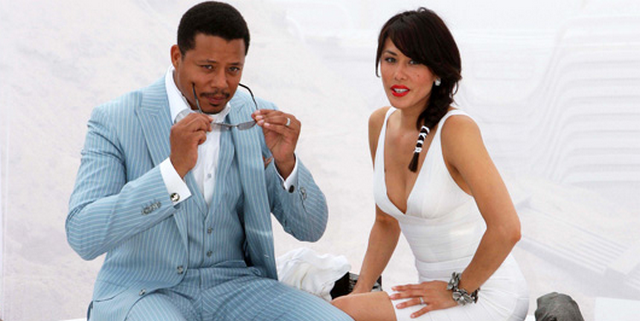 We told you yesterday about the abuse allegations between Terrence Howard and his ex-wife Michelle Ghent. They apparently went on a vacation together to Costa Rica and things got a bit out of control. According to Terrence, Michelle went crazy and threatened to kill his entire family. He also claims that she is a paranoid, racist monster.

However, now Michelle Ghent is telling her side of the story and it sounds a lot different than Terrence’s side. Michelle claims that the veteran actor sucker punched her in the face, threw her against the wall and grabbed her by the neck.

You can see in the photos below first obtained by TMZ, Michelle appears to have a pretty bad black eye. It should be noted that Michelle did admit to pepper spraying Terrence, but she claims it was only because it looked like he was going after a pair of knives. According to Michelle, Terrence went on this rampage after finding out that Michelle had no interest in trying to start their relationship over again. Michelle was in court yesterday to try and get a temporary restraining order. The judge ended up giving her that restraining order, but Terrence has yet to be charged with the alleged beating.

One thing is clear, Michelle Ghent was clocked in the eye. Is she so crazy that she did it herself? Or was Terrence behind it all? Hopefully the truth comes out.