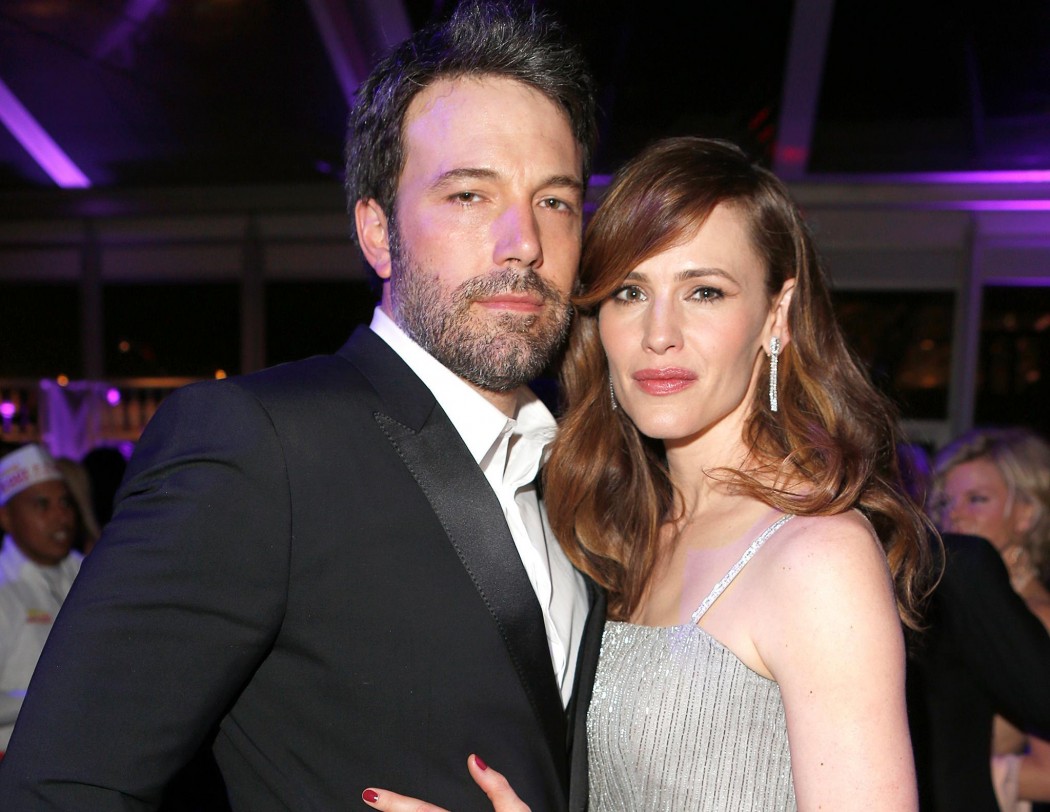 Ben Affleck and Jennifer Garner Officially Split 1 Day After Their Anniversary. Find Out Why Reaching the 10 Year Mark Was So Important By now, there are no Hollywood couples that could surprise me with a divorce announcement. In fact it’s quite the opposite, I’m surprised when we go more than a week without covering one.

With Ben and Jen, we knew this was coming, we just didn’t want it to come.   These two made us believe that there could be love in Hollywood and that love was really attractive and came with 3 perfect kids and a lot of money. Affleck and Garner are just so likable together and photograph extremely well in public. With a couple like Kim and Kanye, you sort of have to get used to the rapper/producer scowling with a buxom, booty-full reality TV model in tow.  With Ben and Jen it was like Barbie and Ken; we have been trained to love them our entire lives.

After almost exactly 10 years of marriage the couple decides to call it quits. Their 10 year wedding anniversary was on Monday. Reportedly the two have been in therapy for years but to no avail, they have concluded that their marriage is not worth the effort.

Like most high profile celebrity divorces, they asked for privacy (good luck with that) and remained extremely vague in their joint statement to the press

After much thought and careful consideration, we have made the difficult decision to divorce. We go forward with love and friendship for one another and a commitment to co-parenting our children, whose privacy we ask to be respected during this difficult time. This will be our only comment on this private, family matter.

The interesting thing to point out in the statement, is their focus on the fact that this will be their only comment in reference to their split.  The two have agreed to a pact of silence. They both promise to never reveal the real reason they are breaking up. They plan to stick by their statement and refuse any questions and offer no commentary regarding the details of their break up whenever the subject is attempted too be discussed in interviews. And trust me, there will be every attempt.

WHAT ABOUT THE KIDS…. Ben and Jennifer have three kids, Samuel age 3, Violet age 9 and Seraphina age 6. An insider tells pagesix that they will attempt to share custody and co-parent. Although they have been separated for the last 6 months Ben will actually live somewhere on the site of their Brentwood home just not in the main house.

The official divorce papers are being put on hold as the two work with a mediator to bring this to a quick resolution. They will work out all of the property and custody issues before actually filing.

We saw signs of trouble during Ben’s acceptance speech for Argo back in 2013, when he thanked Garner..sort of. Remember he said,

I want to thank you for working on our marriage for 10 Christmases. It’s good. It is work but the best kind of work and there’s no one I’d rather work with.

This statement piqued our curiosity, however when the rumors began to swirl, Ben shut them down in an interview with Detail, just last October.  He squashed the rumors and restored our faith in the couple.  He defended his marriage and discredited the tabloids,

See, that’s tabloid shit. That’s all bullshit. They completely lie. I mean, I can show you 10 articles of Star and OK!—those magazines feel totally comfortable absolutely fictionalizing every single element of the story. And there’s nothing you can do about that. My only hope is that people with any common sense recognize that those stories are false. And, I don’t know, there’re worse stories . . .

Ben was our hero then, but it turns out that he was just giving us a “Hollywood Hand Job”.  Making all of us feel good quickly and go away smiling without putting in any real work.  That was the easy answer everyone wanted to hear so he gave it.  Who could blame him. In fact that was October, what he said could have been true at the time.  He owes us nothing.

Because these two are smart or at least their advisers are. After 10 years of marriage Jennifer is entitled to Ben’s spousal Social Security benefit. This is not just for rich couples but all couples. With Ben’s net worth being substantially more than hers this can make a huge difference in her latter years.

Ben’s net worth is reportedly $75 million while Garner’s is estimated at $40 million. A sizable difference. By remaining married for 10 years, Jennifer has an opportunity to elect spousal benefits off of Ben’s when she reaches the age of full retirement. She would not have to wait for Ben to file nor would Ben’s benefits be affected. Like I said, this is just plain smart.

Although we are sad for the two, we also know that being in a bad marriage is like hell and for kids watching their parents fight, it’s even worse. The other good thing is Ben Affleck makes for good entertaining news and watching him run through Hollywood will be good for business.

As Ben takes on the role as the new Batman, I’m sure we will learn more about his pre-divorce behavior and he will give us plenty more to write about.  For Garner, it’s time for her to shine again.  She is a tremendous talent, and after birthing 3 kids and living in the shadows of Affleck for 10 years, it’s time for her to stop doing Neutrogena commercials and remind  us all why we fell in love with her long before Ben.  We wish the two good luck.