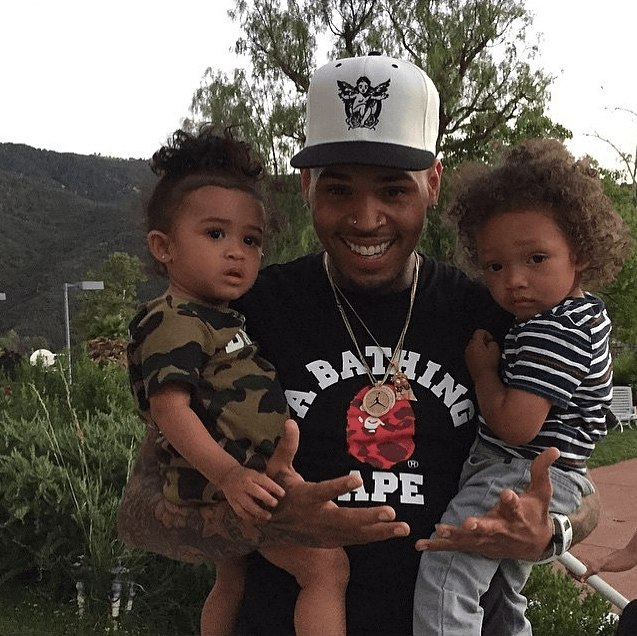 This might be the best thing that ever happened for Chris Brown’s image. I mean, who can hate a guy with a daughter like this. She is just so adorable that you are forced to somewhat like her father no matter how much of a douche-bag you might have thought or still think he is.

Part of me actually believes that this little girl has given Chris a different perspective on life.   I haven’t seen a more genuine expression of happiness on his face, even when he is surrounded by groupies, popping thousand dollar bottles of champagne, he doesn’t seem to be this happy. I think our Chris has finally grown up.

Royalty’s actual birthday was 2 weeks ago where she had a party at Chuck E. Cheese that Chris was not able to attend. He all but made up for it by turning his first Father’s Day into a belated birthday bash for his little princess; hence the theme of the party, “The Princess and the Frog”. The party was complete with everything you would expect a multi-millionaire to have including a pony, two birthday cakes and yes…..three cars. All mini versions of cars that are a part of Chris Brown’s personal fleet. What’s good enough for Daddy, is good enough for Royalty.

Here are pictures from the day’s events. You can’t help but smile….and be a little jealous….and like Chris Brown a little more.