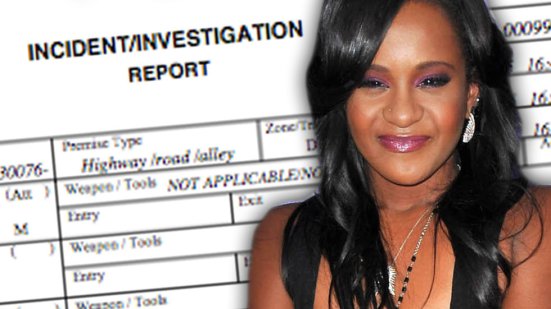 This is proof that the truth is stranger than fiction.  Only today it has been revealed that Bobbi Kristina was involved in a car accident, just days before she was found face down in a bathtub in her home.  We knew that she had a traffic ticket that resulted in a warrant for her arrest, but this is the first time an actual accident has been revealed.

Word of this accident has come from newly obtained police reports, so this is official.  Authorities say that she was driving her Jeep Liberty on January 27th when she lost control and swerved into oncoming traffic.  When police arrived on the scene, Bobbi Kristina said that she attributed the loss of control due to a tire blow out. The police report also confirmed that they did find a nail in her tire.

I initially thought that this accident would explain the bruises that were found on Bobbi Kristina’s body, however Gordon himself says those were caused while performing CPR on her when she was discovered.

Records also surfaced that Nick Gordon called the police on July 8th of 2013, reporting that Bobbi Kristina was unresponsive after falling to the floor.  During that police report, the authorities say that when they arrived that Bobbi Kristina was disoriented and was taken to the hospital.  She herself described the incident as a seizure but she has no previous medical history of seizures.

BOBBI KRISTINA’S AUNT NOT HOLDING BACK!

During an Exclusive interview with Fox 5 Atlanta, Bobbi Kristina’s Aunt tries to set the record straight about Bobbi Kristina’s status.  She says that she is opening her eyes and showing signs of life.  In the most annoying way possible, Fox News has separated the video into little soundbites.

There are reports that the Aunt accuses Nick Gordon stating that she saw this coming,

I saw this coming, I told her not to trust anyone.  I have my reasons, There are a lot of family members that have that same reason.’

Although this comes from a reliable source, we could not find the video of these statements.  Currently no one has been charged or arrested related to the incident but I suspect this will change soon.   Follow us on FACEBOOK and we will keep you updated!!