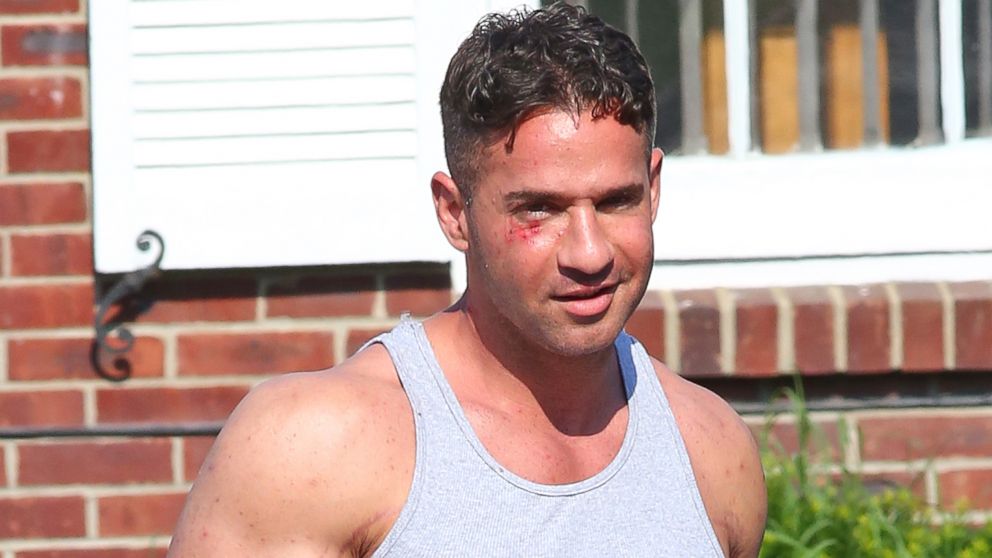 More Financial Troubles for The Situation..and Is Pauly D really worth 22 Million? Looks like the Situation is going to have to retool his “gym, tanning, laundry” routine. After falling behind in rent on his tanning salon, to the tune of $32k, Mike Sorrentino went to court with his landlord, where they agreed on a payment plan.

The first installment of $5,500 was due on January 15, and the Situation failed to pay up.

This isn’t the first time the Situation has had trouble with the Boca Tanning Club, his Florida based tanning franchise. In June of this year, his employees actually had to call the cops to receive their paychecks.

Add that to the fact that the Sitch is facing charges for tax evasion on more than $8 million in earnings, and it looks like the former Jersey Shore star is in some serious trouble. That is a picture from last year, I thought it was appropriate because his reputation is experiencing a black eye right about now.  Many people think that shiner was a result from a fight and subsequent arrest he had with his brother last year.  Not quite.  He revealed that it was from his mom, “Peaches” who tried to break up the fight.  It was part of the poorly promoted but well received show “The Sorrentinos”.  It was on the TV Guide network as a deal with MTV did not happen.  That was the first of many failed opportunities to capitalize on his fame.

In 2010 he had many endorsements including Devotion Vodka, Reebok, GNC, a workout DVD, and a Vitamin line.  At the height of the Jersey Shore he was raking in $150,000 per episode.  Despite all of that, and an appearance on Dancing with the Stars, he’s only worth $500,000.  Contrast that to Pauly D who is the most successful out of the clan, he is worth $22 Million.  That is not a typo.  He was the only one with any real talent anyway!

After the Jersey Shore, Pauly D became the exclusive DJ for Moon, Rain and The Palms Pool at the Palms Casino and resort in Las Vegas.  He was named by Forbes as one of the highest paid DJ’s and earned a reported $11,000,000 in 2011 from DJing alone.  Pauly opened for Britney Spears on her Femme Fatale tour and in 2012 he begin collaborating with Big Sean.  He also launched Dirty Couture clothing line and Pauly D Bronze Beats tanning lotion.  Not bad for a nice guy with spiked here from Rhode Island.

If The Situation doesn’t get his tax and finance “situation” under control, he will have another cast of roommates in the “big house”. On the upside, at least they have both gym and laundry in federal prison.