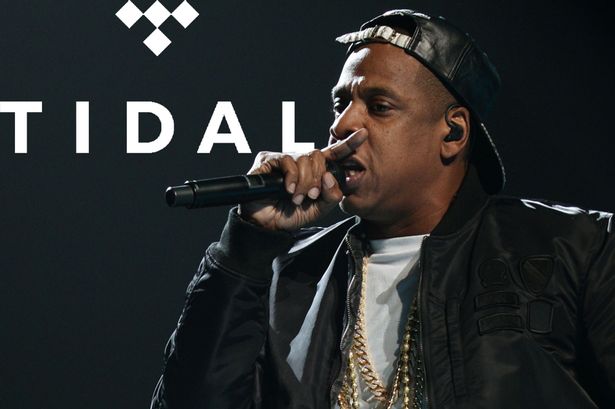 Jay Z fires Tidal CEO after Quadrupling the Company’s Worth & What You Should Know About Tidal in 90 Seconds! (Video) Personally I never heard of Tidal until about 6 weeks ago. Now people can’t stop talking about the service. Although Tidal is the service capturing the headlines, Jay-Z actually brought stake in the parent company Aspiro. Aspiro operates Tidal which is one of the two music streaming services that the Swedish based company offers.

Somewhere between raising a kid, being the husband to one of the baddest chicks on the planet and being a mogul Jay-Z executed a four step plan to increase the girth of his pockets. Steps 1 – 3 have gone according to plan. Step 4 will be where things get real.

Before we review his 4 Step Master plan – let’s break down exactly what Tidal is and what the service offers.

Once Jay Z decided to make a move to purchase Aspiro, he called up 15 of his music industry friends and talked them into investing into the business. Jay and his investors brought shares of the company at 60% above its closing stock price (on the Swedish stock exchange).   He then gave out 3% of equity to each of the 15 superstars and kept 40% of the shares for himself. His superstars include the likes of industry heavyweights so big, they only need one name: Beyonce, Kanye, Rihanna, Madonna, Usher…. Sprint took the bait. Sprint gave Aspiro a huge investment which took the company’s market Cap from $56 million to $256 million. This was an easy sell to Sprint as they watched Tidal’s subscribers go from 17,000 to well over 100,000 in just a few weeks after Jay-Z ‘s involvement. Each of the 15 superstars watched in just a few weeks as their 3% ownership rose to a value of $7.68 million dollars. Jay-Z is a genius! The CEO Andy Chen was bounced out this week along with 24 other staff members. The former CEO Peter Tonstad has taken back his position as interim CEO as the company feels he is more in tune with the company’ new direction. They released a statement to Business Insider:

TIDAL’s new interum [sic] CEO is Peter Tonstad – a former CEO of parent company Aspiro Group. He has a better understanding of the industry and a clear vision for how the company is looking to change the status quo. He’s streamlining resources to ensure talent is maximized to enhance the customer experience. We’ve eliminated a handful of positions and refocused our company-wide talent to address departments that need support and cut redundancies. TIDAL’s offices globally will remain and grow: we are already hiring for several new positions now. We’re excited about our future and what’s in-store for fans who want the best listening experience.

WHAT NEXT? STEP 4 – FIGURE OUT HOW TO GIVE PEOPLE VALUE FOR THEIR MONEY – OR FLIP THIS SH*T FAST AND MOVE ON TO SOMETHING ESLE!

Now Jay Z is worth $650 million dollars. His $23.6 million dollar investment in Aspiro has ballooned to $102.4 million. When added to his previous net worth of $580 that boosts him closer to the holy grail of Billionaire-dom. This temporary success comes with the challenge of still delivering a service worthy of the $19.95 per month price point While fans might have signed up quickly on the promise of exclusive content, if the content is really not exclusive and plentiful the rate of subscriber renewals will begin to dip. Tidal is also being criticized for having a weak overall catalogue and the perceived sound quality advantages are barely detectable by the lay-person who just wants to bump beats at work.

Tidal’s app which was in the Top 20 when Jay-Z made his takeover has now fallen out of the top 700! The Starbucks affect – This is when a high priced Starbucks moves into town and gets consumers thinking about value versus prestige. “Am I over paying just to say that I have a cup of freshly brewed Starbucks?” Would be Tidal users are asking the same questions. Are they overpaying to say they are a part of this celebrity effort.? An effort created to give uber rich artists such as Niki Minaj more money in her already stuffed pockets? Money that she throws in my face on every track she releases while I sit in my cubicle and count down hours of my dreadful work day slaving for $50K per year. This mentality has catapulted Pandora and Spotify to Positions No. 3 and No. 4 on the U.S. iPhone revenue chart. Both of these services now have momentum and very deep pockets. In order to secure these two positons, they had to overthrow Candy Crush….now you see what kind of momentum they are working with. To give you an idea on size – Spotify has 15 Million paid subscribers and over 60 million subscribers in total. To quote Mr. Wonderful from Shark Tank – “They are in a position to crush Tidal like the cockroaches they are”

As you can see, Jay-Z and this new CEO have their work cut out for them. Unless he has some hi-tech tricks up his sleeve Jay Z should just sell now, while he still looks like a genius.

Are you using Tidal? Is it worth it?