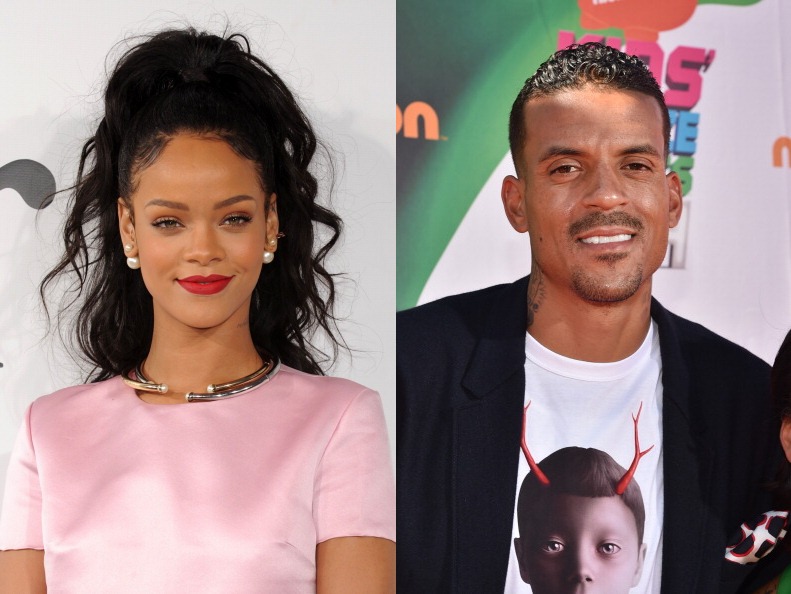 TMZ does what they do best, stir up controversy. They caught Matt Barnes walking in a parking lot after a softball game and asked him about his relationship with Rihanna. Instead of being honest and saying that the two were just friends, he sort of crosses the line and says that the two “have passed the crush stage just a little bit”. He was careful to reinforce, “Just a little bit tho”.

To his merit, he did shut everything else down that TMZ asked. He said it was all rumors and speculation and then reinforced the fact that they were just friends. When he said things had passed the crush stage a little, he easily could have been speaking about himself, not necessarily her. Here is the clip,

This is nice Rihanna.  Nice Rihanna could have taken the video as a compliment and consider it a cute way for Matt to reveal that he is crushing on the superstar.  She could have easily hit social media with an, “Awww….#mattbarnescrushing. How sweet”. Unfortunately, this is the Rihanna that got the message instead.  This Rihanna was probably gassed up by social media, not to mention her jealous-ass friends and decided to channel her inner “Mean Girl” (as in the movie), and came out swinging with some of the meanest hashtags I’ve ever seen from one celebrity to another. In my mind, it’s definitely and over reaction. I actually saw her response first and assumed that Barnes was insinuating that he slept with her, not that he had a slight crush.  Well after reading her post, consider Matt Barnes “CRUSHED”.

Wow – “She’s never even met you”.  Really?  Even if you are Matt Barnes, that has to sting a little. But just a little. He’s no pimply face teenager.  In fact almost the opposite.  He’s a 35 year old multi-millionaire making $1.7 million dollars per year, getting paid to do what we do for fun.  I’m sure he was on the phone 30 seconds after seeing that instagram post like…….”Hello…Candice, or Jen, or Meanie…. I also wouldn’t be surprised to see he and Rihanna together anyway.  After all, he is her type.   Yes, I went there.  She was just too mean.