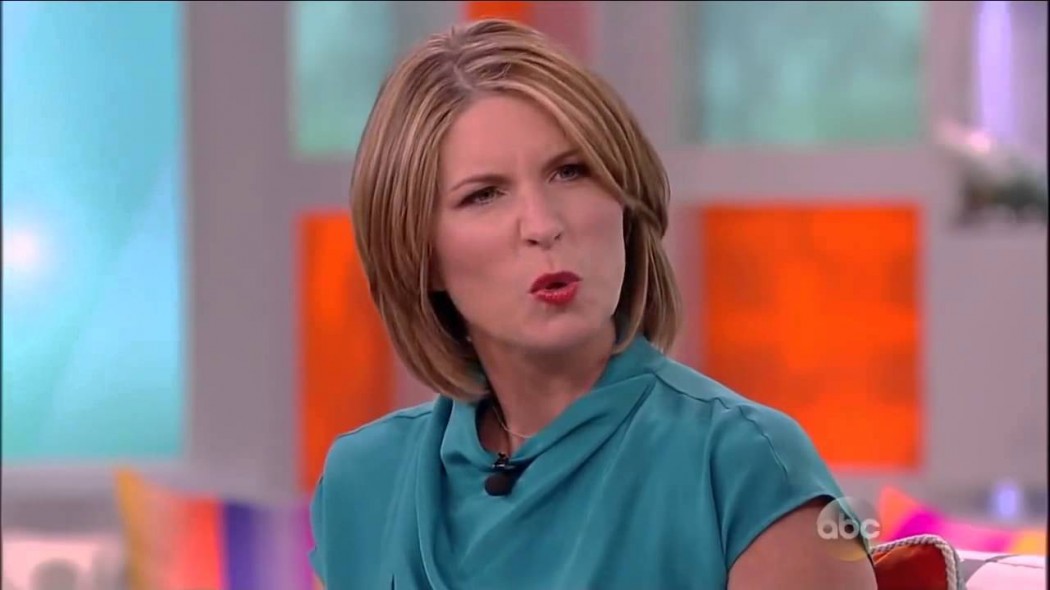 It appears that the inevitable has happened. Nicolle Wallace’s days on “The View” have come to a quick end. Wallace who was the former communications chief for George W. Bush was only on the show for one season. She was brought on to provide a right wing view to the mostly liberal show.

In my opinion she was a refreshing addition. She was not only educated and well spoken, she knew how to handle herself and get her point across without being overly-bitchy or getting overly emotional.  She also had an incredible self-awareness and knew when she was talking about a topic which she did not know much about, and had the ability to not act like an expert on everything.  That is something that many who have entered the seats on “The View” have tried but failed to do.  In the end, that set of skills did not prove enough to win audiences over and she has been pulled from the show.  She along with Rosie Perez will finish out the season….if she shows up.

Wallace was noticeably absent from Wednesday’s taping of the show. Sources say that she is hurt because she was asked not to return and understandably so. She was hired directly by the show’s new executive producer Bill Wolff who met her while working his old job on “The Rachel Maddow Show”. Sources say that Wallace was brought onto the show to stir things up but she was too nice and her right-wing views were too soft, not to mention her lack of pop culture knowledge did not help.

Wallace is the third person cut of the new crew that started out in the beginning of the year. Rosie Perez announced last week she was leaving and Rosie O’Donnell left in February.

The ratings on the show have continued to take a dump. Ratings are down 16% compared to the same time last year and producers hope that new comer Raven-Symone and newly announced comedian Michelle Collins will bring some fresh perspective and a younger audience to the show.

Last week Raven-Symone and ultra conservative Candace Cameron-Bure mixed it up a few times over gay rights issues. This not only made for good TV but brought in the ratings and created several stories that flooded social media. This is exactly what ABC wants and needs.  She is currently the top runner for that spot for the new season of the show which will premiere in September.

In my opinion, getting rid of Nicole Wallace was very short sighted.  With the upcoming election and the super strong liberal in Raven, you need a “MILF” type, who is not that young but also not that old and extremely intelligent and articulate.  In the recent shows, she began to show some bite as she got used to the shows format and being in the spotlight everyday. She was definitely feeling more comfortable and growing into her role.  But in TV where time is money and everyone is looking at reasons why ratings didn’t snap back instantly, she was an easy target.  Stay tuned!