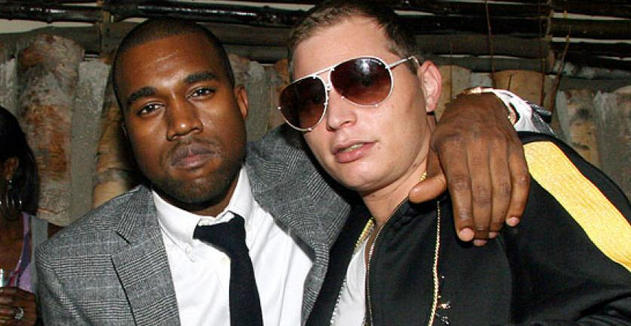 WOW! Super Millionaire Producer Scott Storch, Once Worth $70 Million Files for Bankruptcy. Only Has $100 To His Name You might not know Scott Storch by name or face, but you definitely know his music. In the early 2000’s he was literally one of the hottest producers in the game. In 2005, he had 10 tracks on the Billboard Hot 100 and was nominated for a Grammy for Producer of the year – which he still remains bitter about not winning. Arguably, he was one of the most consistent radio friendly producers at that time….and to the surprise of many fans, he was white….and Jewish; proving that nothing mattered but the music. Here are just some of his tracks:

All of those songs were HUGE! Storch was a millionaire by age 26 before he even started his own production company, Tuff Jew Productions. In 2006 Storch was charging $80,000 – $100,000 for beats and mandating that he received co-writer royalties. This negotiation proved genius and catapulted his net worth to $70 million as estimated by Rolling Stone magazine.

HIS SPENDING HABITS WERE OUTRAGEOUS This was his first problem. Storch was a millionaire but spent money like a Billionaire. His spending habits made Floyd Mayweather look like Scrooge. He had a $20 million dollar yacht. He had a $3 million dollar 34 carat pinkie ring and lived in a $10.5 million dollar mansion. He paid $275,000 to fly Paris Hilton to the French Riviera in a private jet and gave her a Maybach. His car collection was sick. He had one of the first Bugatti’s to the tune of $1.7 million dollars, an SLR McLaren, a Maybach and a Ferrari Scaglietti along with 13 other exotic cars. A collection so extensive he was featured on MTV’s cribs…and killed it. Everyone was talking about that episode. That was the first time many R&B and Hip Hop fans got to see who Scott Storch really was and how well he was really doing.  (BTW- MTV should bring that show back). Here is a clip of his segment.

IN LOVE WITH THAT COCO
Storch says that he first tried cocaine at a party in Los Angeles back in 2005. A “friend” pulled him into a bathroom and had him sniff a line. It was on from there. In 2006 Storch took an extended vacation in the South of France and came back with signs that he was in love with that Coco for sure. His manager, Derek Jackson says that he could tell that he was hooked by the change in his behavior. His first major mistake was standing up Janet Jackson for several hours which in the music industry, where studio time is money is an absolute No-no. Since labels pay for studio time in most cases, they would much rather spend it on reliable producers.  This began the decline in work with reputable artists.

Storch was then 37 and explained that his life began to look like a train wreck,

“For me, it was the combination of cocaine and women. You feel everything so much when you’re on that drug, and you find yourself falling in love every night. You want to screw a girl, like, 20 times a night. And these girls want to go skiing all night long.  Then suddenly it’s three o’clock in the afternoon, you have six things scheduled and you’re not going to show up to them because you’re a f—ing train wreck.”

Storches manager, Derek Jackson explained to Miami New Times in detail when he realized that Storch was a stone cold addict.

“The inside of the mansion resembled a crack house, strewn with garbage and paraphernalia. Storch was surrounded by “takers” — fellow addicts, gold diggers, and bumbling handlers.
Constantly snorting bumps of coke, he now paired his jewelry with shirts stained from “blood that would just gush out of his nose at any given time.
Scott didn’t give a fuck. You can’t be humiliated while you’re high. You’re not conscious of the destruction you’re wreaking on the lives of people around you. You feel nothing, you see nothing, but the drug.

Storch reportedly blew (literally) through $30 million in just 6 months a claim that he personally doesn’t address. Storch first filed for bankruptcy in 2009 but after failing to properly complete the paper work, it didn’t fully go through. He racked up tremendous debt over law suits mostly initiated for failure to live up to his side of contracts. That year he lost most of his assets…including his yacht which he sold on ebay for $600,000.”

Here in a clip from 2103 Storch explains his lifestyle at that time.

In March of 2009, Storch entered rehab and upon completion of his program he attempted a comeback. However after doing tracks for Paris Hilton, Jessica Simpson and Hulk Hogan’s daughter, Storch became a joke to the industry. With young producers and good inexpensive beats just about everywhere, including on the internet, Storch had to work with lessor known artists. Hit  records were no longer guaranteed.

The road to a comeback proved to be a lot longer and harder, especially when you are used to being on top for so long. He found himself on drugs again and in 2012 he was arrested in Las Vegas for possession of cocaine. This basically brings us to today.

LITERALLY $100 IN HIS POCKET

Although rumored to be working with Rick Ross and Fat Joe, according to the bankruptcy paperwork that he has most recently filed, Storch made only $10,000 last year and only has $100 in his pocket. His assets listed consist of:

Now what’s wrong with that picture? Apparently he hasn’t learned. I personally made much more then $10,000 last year (thanks to my readers) and my current watch is a $160 fitbit. Scotty, time to sell the watch Bruh!

Maybe Ross and Fat Joe can help put some money in his pocket and hopefully he can keep it from going up his nose.  He actually released a Reality show online that seemed to have promise…but episode 2 never came.  Of course we have episode 1 – High on Life.