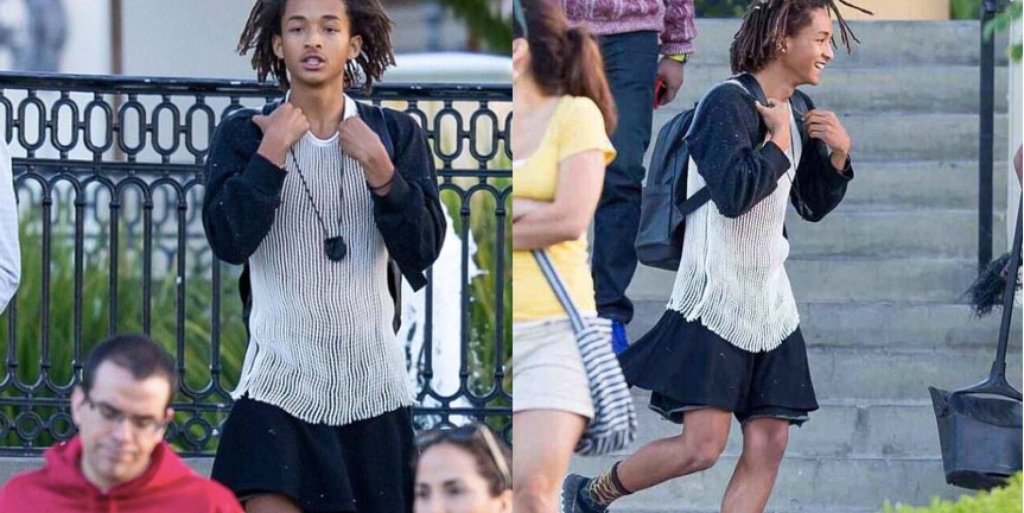 “I Need Attention” Will Smith’s Son Jaden Cross-dresses at Coachella. As you would expect, social media went crazy when they saw Will Smith’s son Jaden wearing dresses and other clothes that are typically found on young girls. Personally I wasn’t surprised and if it wasn’t going viral I wouldn’t care.

The outfit that received the most attention was a black dress with a crocheted tank top. He wore this to the first day of Coachella. This is an obvious attention grab for a kid who needs to be in the spotlight and doesn’t want to do it via hard work and talent. He literally has nothing going on in his life and buying and dressing in women’s’ clothes was an easy way to put his name out there for a few weeks. He even played it up by writing on Instagram in a photo he posted of himself trying on some girls clothes.

Went To TopShop To Buy Some Girl Clothes, I Mean ‘Clothes

Ummm…sure. Good for you. If it’s between trying on panties versus doing drugs, drinking and driving, or beating up his girlfriend, I choose the panties every time and I’m sure Will and Jada will agree.   He’s just 16 and this is what spoiled, rich kids do.

I admit that he was excellent in the Karate Kid and if he chose to be a serious actor he has a future. I just hope he doesn’t get to the point where he is such a spoiled brat that no one wants to work with him.

KIDS THIS IS YOUR ROLE MODEL!