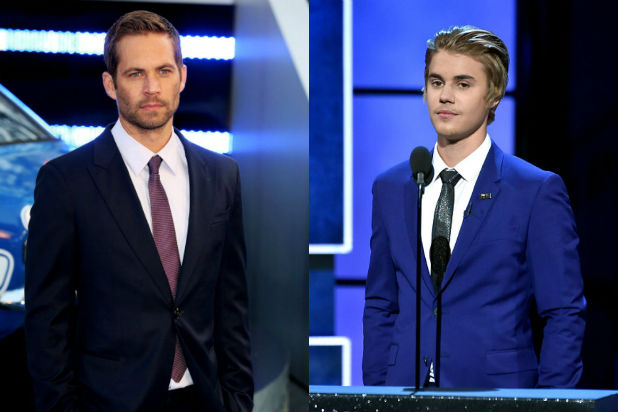 Justin Bieber Roast Goes too Far! Find out Which Paul Walker Jokes Comedy Central Will Pull From the Broadcast. Yesterday we gave you a few of the highlight jokes from the highly anticipated, Comedy Central, Justin Bieber Roast scheduled to air on March 30th.  Today we will talk about a few of the low lights, if there is such a thing.

Roasts are a crap shoot because they push the envelope and sometimes doing that makes for unbelievable laughs, good TV and great ratings.  Have you ever seen the Donald Trump Roast…OMG.

However, sometimes it’s a disaster and results in many people feeling a certain type of way. That’s what happened Friday at the Bieber roast.

Personally I thought the Selena Gomez jokes were a little much…until I heard the Paul Walker jokes.  Oy Vey!  For me, I didn’t find them that offensive but I found them very unnecessary.

LEAVE IT TO JEFF ROSS During Friday night’s taping, famed comedian and master celebrity roaster Jeff Ross was the first to offend the crowd.  Using Ludacris’ hit song “Move B*tch get out the way” as a baseline Ross joked,

Move b—h, get out of the way. That’s what Paul Walker should have told that tree

When that joke was met with groans, Ross was either prepared or his improv skills took over because he continued to joke at Walker’s expense and without skipping a beat he says,

“Too soon? Too fast? Too furious? Give me a break people, I’m trying to save this kid’s life

Ludacris who happened to be in attendance was not happy at all.  At one point he made a gesture to cut the taping as he was highly offended not just at the joke, but that his song was used as a set up to make light of the loss of a friend.  No Bueno!

Comedy Central was on their game.  They handled the press by releasing a very well written statement,

Roasts often push the limits of good taste and we give the participants full reign to try things knowing we have the edit to shape the show,” the network said in a statement Monday.  Sometimes the line is discovered by crossing it. The Paul Walker references will not be in the telecast.

Nicely said.  Jeff Ross was not the only offender.  Pete Davidson also had Paul Walker jokes,

Just this past year, Justin got arrested for drag racing. Unfortunately, it wasn’t with Paul Walker. What? He’s doing great! He’s got a movie coming out!

See, not funny and not necessary.  These jokes too will be removed from the televised broadcast.

Backstage when Bieber was asked what he thought was the cruelest joke, he responded with,

And much to my dismay there were no tears spotted trickling down his cheek from hurt feelings.  Maybe next time.