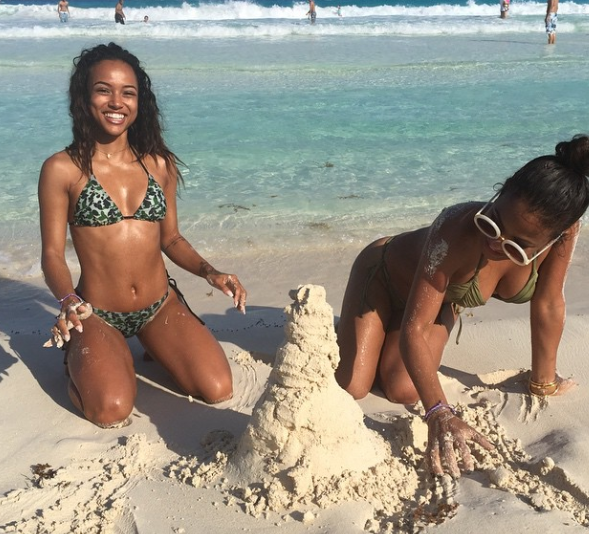 Did you think the Karrueche Tran/Chris Brown drama was over? Think again. She might be trying to get over him after finding out he fathered a 9-month-old baby named Royalty, but there is obviously still a lot of tension between the two former lovers.

If you haven’t been following Tran on Instagram, you should probably start now. She has been posting a series of racy bikini shots while on vacation with her girlfriends in Cancun, and most of the bikini shots focus on that fine booty. 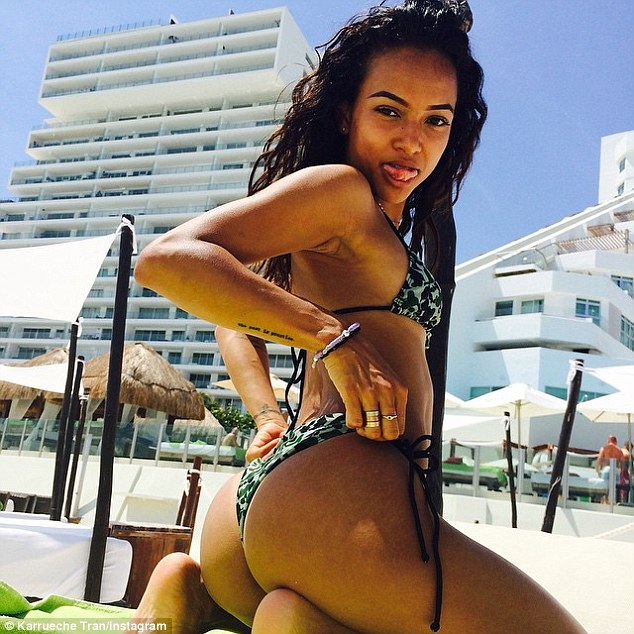 How lovely, right? I certainly approve, and over 130,000 of her followers approved, but there was one person out there who didn’t enjoy the revealing photo: Chris Brown.

He actually commented on the picture, and he gave his ex-lover the greatest backhanded compliment of the year.

As you can see in the photo above, Chris Brown wrote, “Thirst trap 101. continue to be a lady beautiful…U are perfect…Don’t let the Thot form from anger.” Apparently, THOT is an acronym for “that hoe over there.” You learn something new every day, huh?

This comment from Brown proves that Tran’s “Look at my f–king sexy body” tactic is working. In just the past two days, the 26-year-old has posted the photo you see above, and the three glorious photos you see below… Chris Brown is probably kicking himself right about now, but at least he’s abusing himself for a change. That’s change we can get behind.

Speaking of behinds, let’s take one more look at Tran’s…