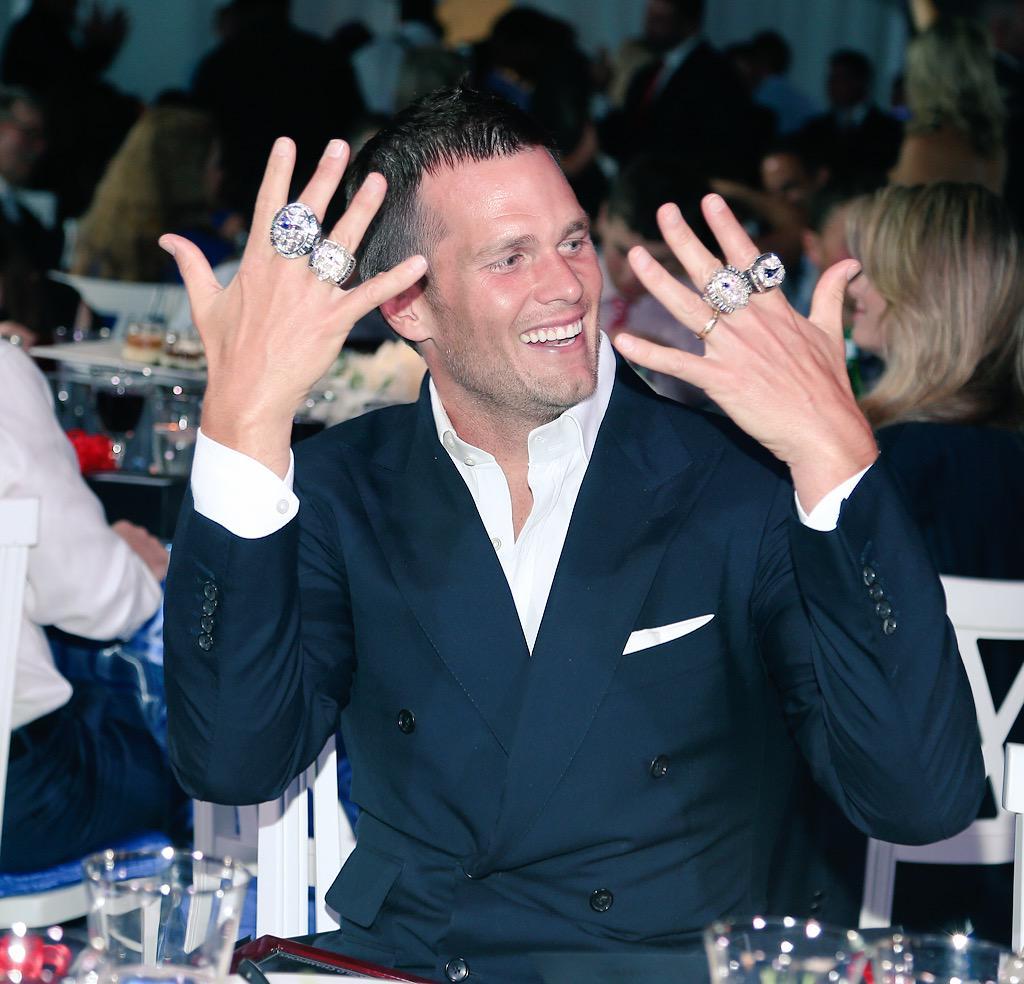 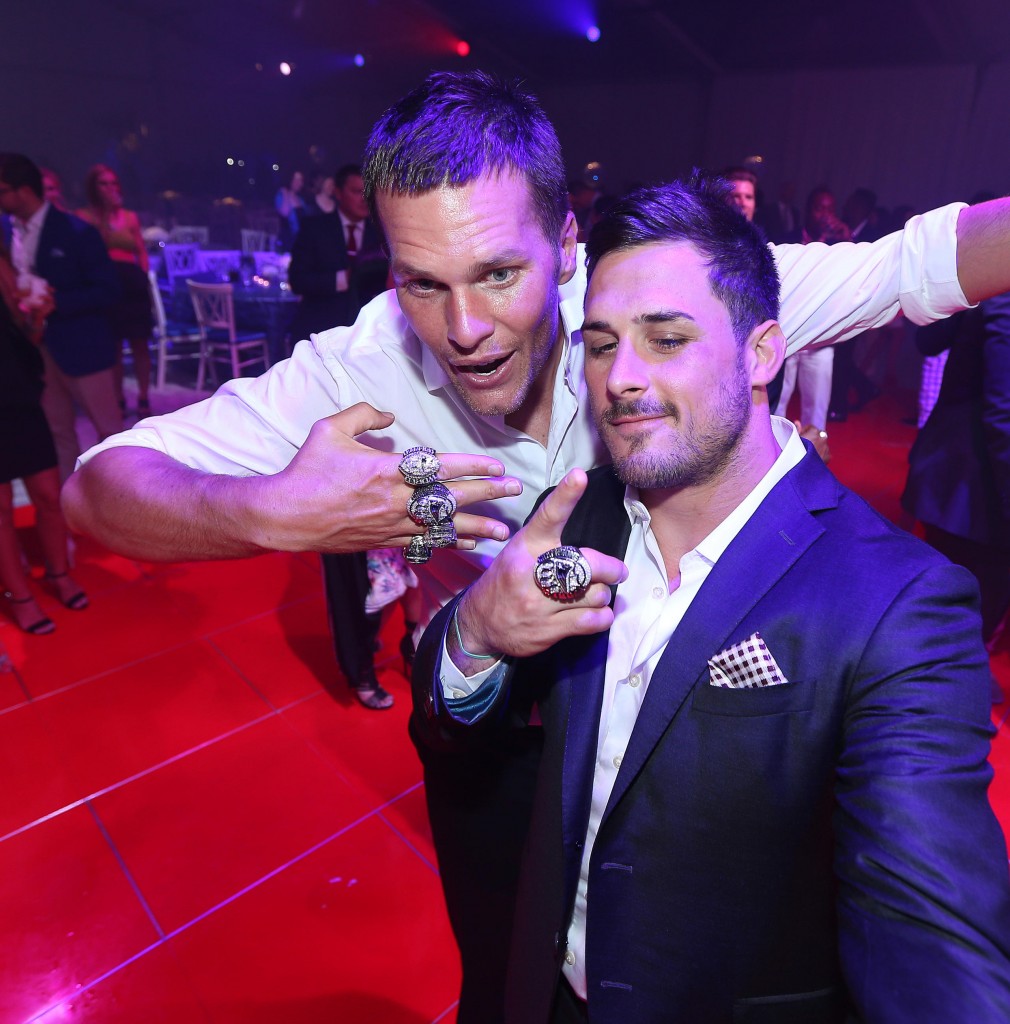 If you don’t have haters then that means you ain’t doing it right! Arguably Tom Brady has just as many haters as he has fans, however after watching this video of Brady dancing to Trap Queen, how could you hate on this guy.

There is so much right about what went on that I almost forgot about deflated footballs…I know these guys did; at least for one night.

Billionaire owner (4.3 billion) and CEO of The Kraft Group, Robert Kraft hosted the party at his massive home in Chestnut Hill, Mass on Sunday night. The owner was booted and suited with a navy blue suit, complete with a pair of matching Nikes. This is the fourth ring for The New England Patriots since 2001 and by all standards the largest one. Therefore the party had to match in size and grandeur.

The players arrived with their wives at 6 o’clock. They had a cocktail reception followed by dinner. Then after dinner, Kraft had military personal bring out the rings as dessert. Get it….”Military, Patriots”.

handcrafted by Jostens, are once again cast in white gold. On one side, the recipient’s name sits atop the ring, along with the years of the franchise’s previous Super Bowl Championships in ’01, ’03, ’04 and 2014. The players’ number, encrusted in diamonds, sits just above the Gillette Stadium logo. The other side of the ring features a Super Bowl XLIX logo with the final score, 28-24, on the left and the team’s overall record, 15-4, on the right. Both serve as a reminder of what can be accomplished when you “Do Your Job,” which is labeled atop that side of the ring. Inside the ring is a quote from Robert Kraft following the game, “We are all Patriots.”

The ring in total has 205 diamonds, more than any previous version. It’s only right as the team overcame the biggest fourth quarter deficit in Super Bowl history to win their game. 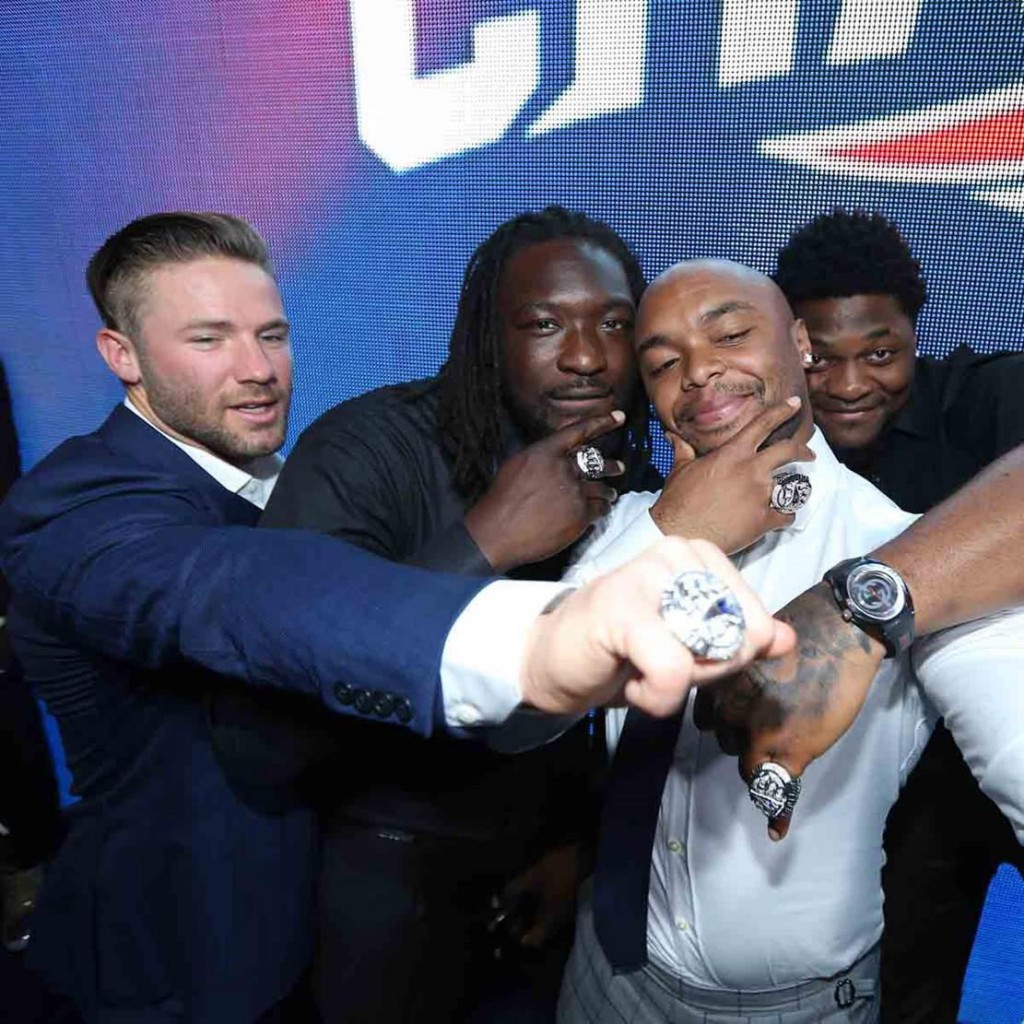 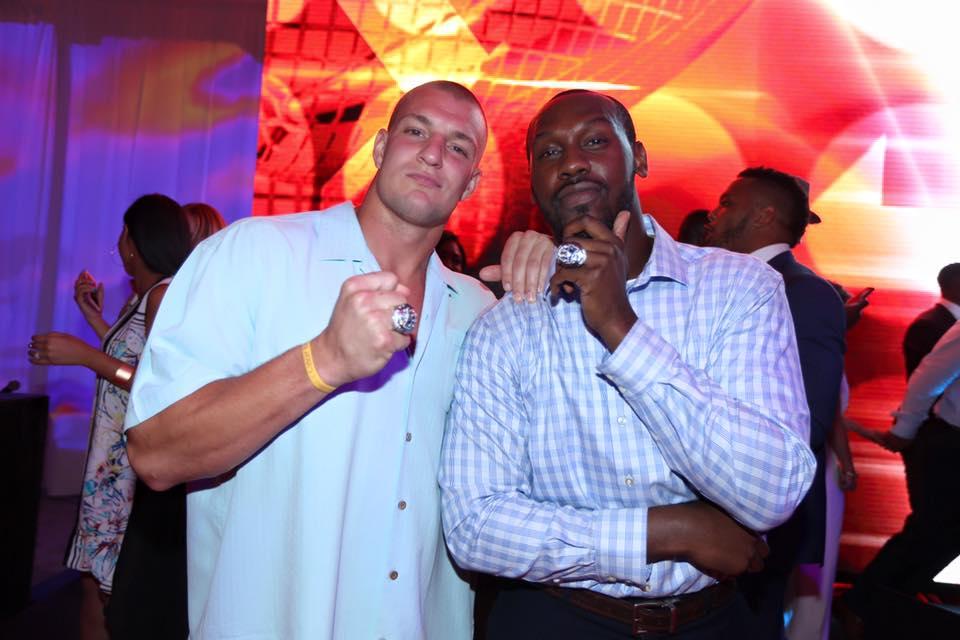 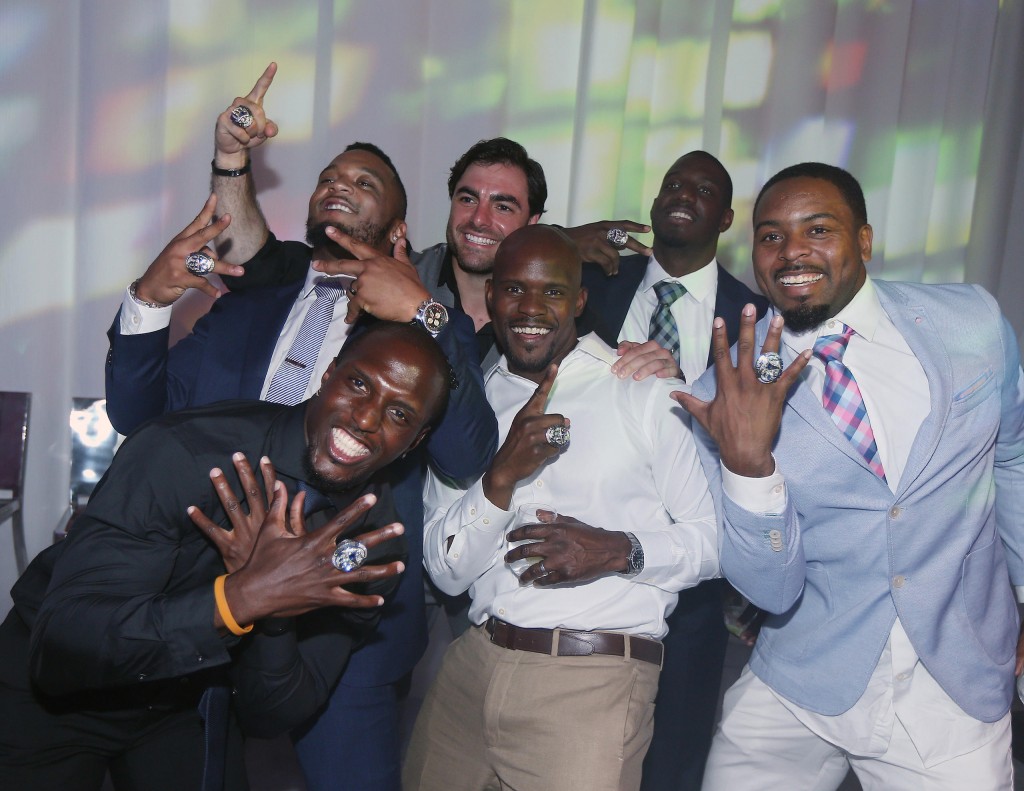 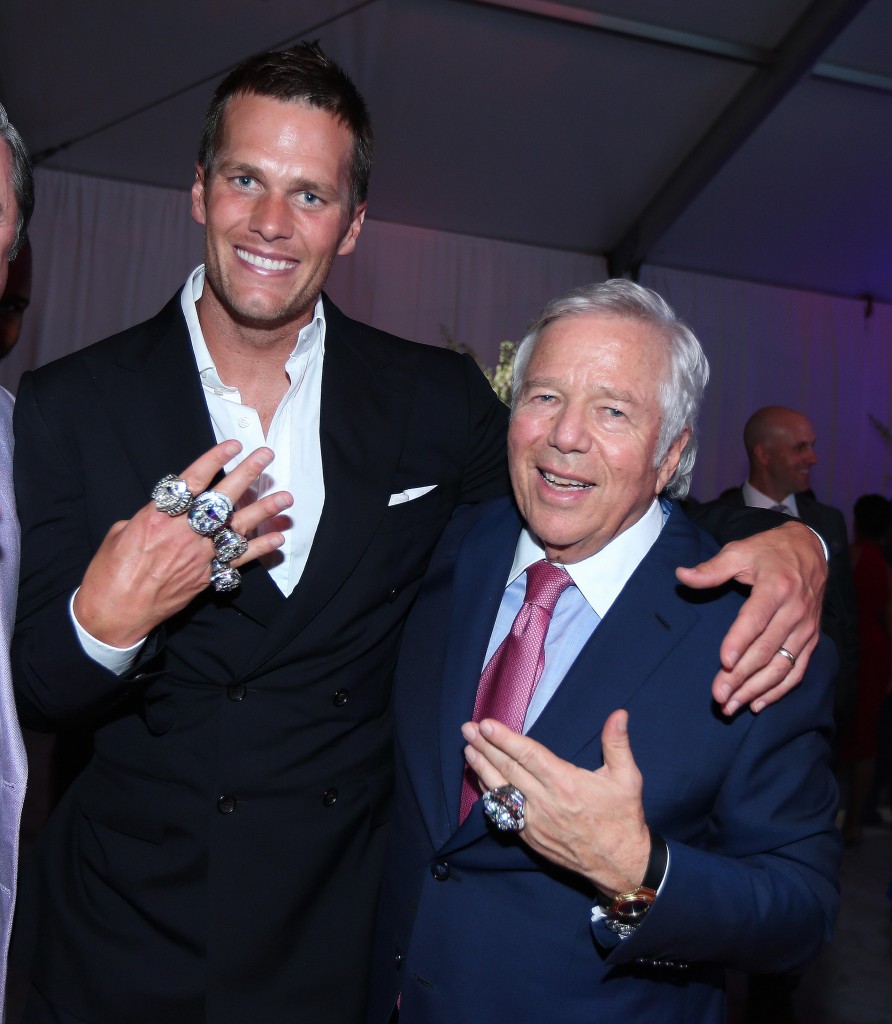 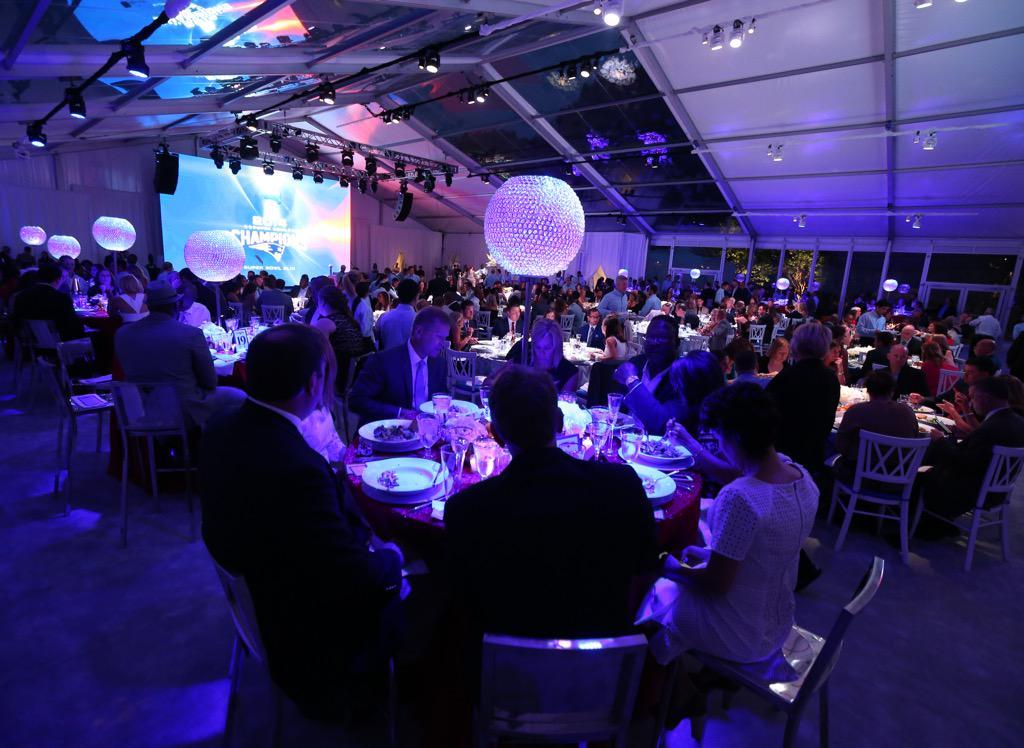 After the rings were presented….it was party time.

Thanks to the magic of social media and cell phone cameras we get to see clips from a party that I wish I was at. Honestly it just looks like a f-king good time. Drinks are pouring, Brady is fist pumping with four rings on and Ron Gronkowski is dancing to Trap Queen blowing his shirt out! With more money in that room then a small country these guys don’t have a care in the world, at least that’s what it seemed like.

Here are some magic moments…..

Gronk and Brady gettin it crackin at the ring ceremony party. #corporate thuggin. Thanks @wgd6788

Who been to a party with Robert Kraft, the gronk and Tommy touchdown turnin up? Lol. Shoutout @mistercap wit the cameo

This picture sums up the whole night… 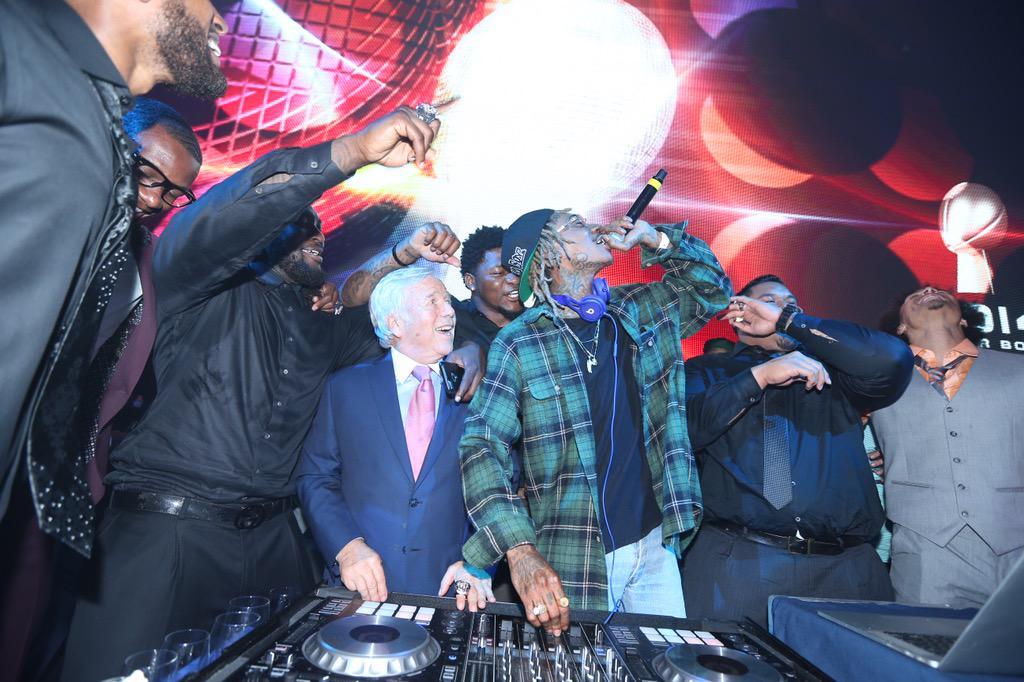