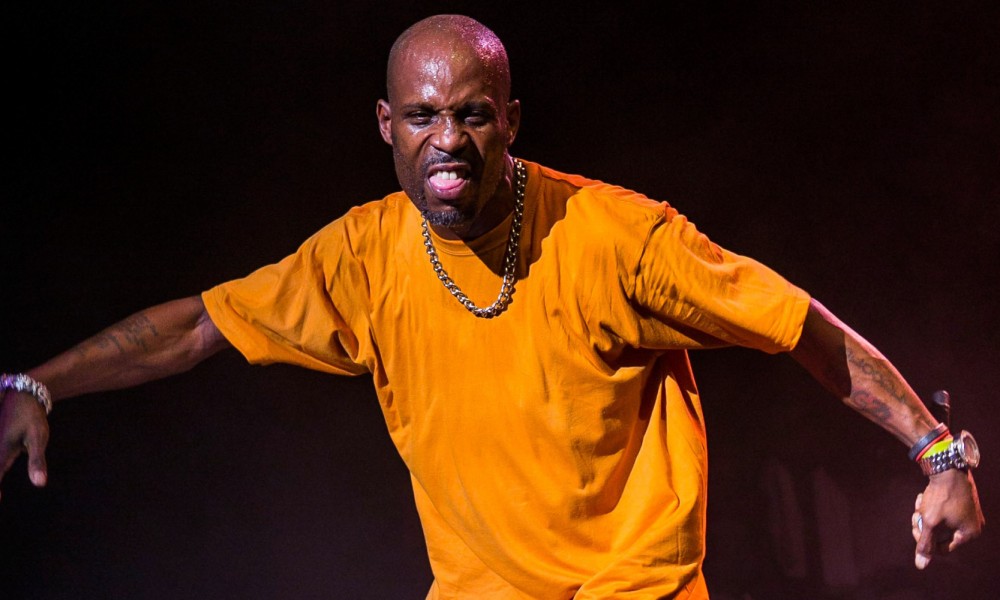 “DMX Robbed Me at Gunpoint”. 21 Year Old Man Alleges DMX Robbed him at a Gas Station! Earl Simmons aka DMX was scheduled to perform in Newark on Saturday night at the New Jersey Performing Arts Center. After the show DMX and his entourage stopped at an Exxon Gas station on McCarter Highway at about 12:30 AM Sunday morning. The alleged victim says that he and DMX had a discussion regarding rap when he was straight-up robbed at gunpoint.

The 21 year old, who was uninjured said that DMX’s bodyguard brandished a weapon and they robbed him of $3200 in cash that he was carrying as he had just cashed his paycheck. The alleged victim said that he jumped in his car and followed the four black Escalades into the Paterson, N.J. area and was able to get the license plates of at least one of the SUV’s.  Although DMX’s bodyguard was the one that showed the weapon, the man was clear to say that DMX was the one who actually took the money out of his hand.

Here is how the victim said the robbery unfolded,

Fans were basically surrounding him. They wanted to take a couple pictures with him.

They probably thought we had a gun, because he has his hand in his pocket – and that’s how people carry if they have one. That’s why he asked him what was in his pocket. Then he was like ‘nah, there’s nothing in my pocket.’ Then he showed him the money.

SIDE BAR – YOU BIG DUMMY!! WHY WOULD YOU SHOW HIM THE MONEY?? That’s when he said DMX snatched it and they all left.

Murray Richman,( who over the years DMX with all of his legal issues has indeed made a rich man), says that the claim is ridiculous. He describes the event from DMX’s recount of the encounter,

He was coming from a show, and he was accosted by these young men to take pictures. He took pictures, and they offered him drugs … he said no … he left. There was videotape of this material.

Rich man continued to laugh off the allegations reminding the media that DMX had just been paid,

Do you really think for a moment he’s going to hold up two people at a gas station?

Richman did explain that some of DMX’s bodyguards are retired police officers and most likely are legally allowed to carry weapons, and that maybe the victim did see a gun.
So far no charges have been filed and no-one is disputing that DMX and his entourage were there. However, like I always say – in today’s world, once you leave your house there is video of everything. If you dig in your nose for a booger in public, someone has it on tape and it will end up on Youtube. So will this encounter. The big question is, will Earl Simmons be innocent or guilty.

Because robbery is a violent crime, it qualifies for New Jersey’s No Early Release Act. This means that anyone convicted of robbery must serve at least 85 percent of his minimum jail term before he is eligible for release on parole and for armed robbery that is 10 years.