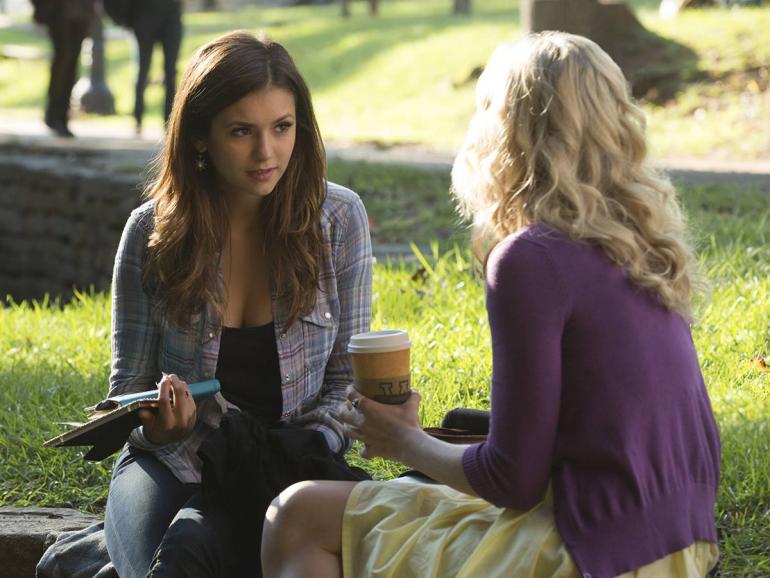 Bad News For ‘The Vampire Diaries’ Fans, Nina Dobrev Is Leaving The Show!

For once, it looks like all the rumors were true. We had been hearing that one of the stars of the CW series, The Vampire Diaries, was refusing to sign on for the seventh season.

And now we know that star was Nina Dobrev. The 26-year-old actress shared the shocking news with her fans on Instagram. In a lengthy message, Nina explained that she just shared a beautiful goodbye party with her TVD family…

I’ve just spent the most beautiful weekend on Lake Lanier in Georgia with my own TVD Family, the cast and crew of The Vampire Diaries. I want to be the first to tell you that it wasn’t just a holiday celebration, it was a goodbye party.

Meanwhile, the executive producer of the show, Julie Plec, released her own statement to Us Weekly.

Saying goodbye to Nina is both bittersweet and beautiful. After six-plus years together, the entire cast and crew of The Vampire Diaries has reached a level of closeness that I don’t think any of us ever expected.

So, why did she leave the show after six years? She is simply ready to move on. After six seasons, she’s ready to get a little rest and then move on to more challenging roles.

We’ll see if this hurts the series next season. “Nina is the soul of Vampire Diaries” has been trending worldwide on Twitter. That’s certainly not a good sign for the network.