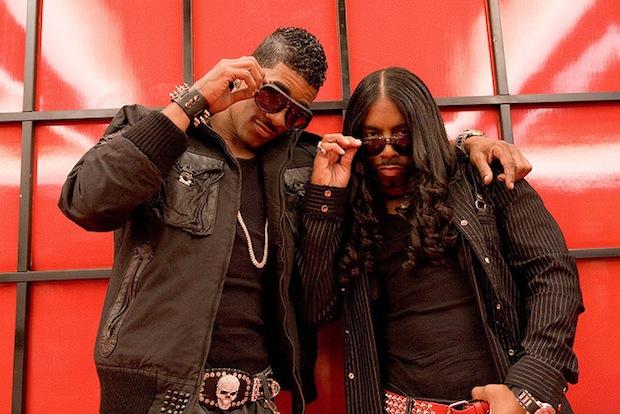 Back in March of 2013 we discovered that Ahmad Givens had stage four colon cancer and at that time the Stallionaires gathered around his bed for a photo.

For those who might not remember who Ahmad Givens was, you might remember him as ‘Real’. He and his brother Kamal, also known as ‘Chance’ were on the VH1 “for love” franchise of reality shows. They made their first appearance on “I Love New York” . After becoming fan favorites they had their own series spin off which actually ran for two whole seasons called ‘Real Chance of Love”.

The premiere episode of “I love New York 1”, from which Chance and Real were first introduced to world, had the most viewers of any series premiere in VH1’s history at the time if it’s showing.

Real’s cancer recovery was going extremely well for quite a while.  Then in October of last year TMZ reported that Ahmad’s condition worsened. His brother explained that the tumors in his lungs had grown and he could not smoke medical marijuana any longer for pain management. He was back in the hospital and had to have surgery to implant a port in his body that would administer the chemo.

Just when things might have been improving again, he took a fall in January and his conditioned worsened. This week he began to have trouble with his vision and then his speech. On Friday he passed away.

Real took to Instagram to say a final farewell to his brother.

By to my favorite guy in this whole world be in peace we love you forever bro I’ll see you one day soon we shall dance again in God’s kindom forever and ever bro words can’t describe my pain world pray for me!

“(Bye) to my favorite guy in this whole world be in peace we love you forever bro I’ll see you one day soon we shall dance again in God’s (kingdom) forever and ever bro words can’t describe my pain world pray for me!”

In case you are wondering if Ahmad ever found love, he did.  He married Racquel (shown in the photo below) in 2009 and had their first child in 2010. Although these dudes were not huge celebrities and their show was ratchet-as-hell, somehow we truly adored them. Ahmad will truly be missed. Our prayers go out to the family.  I was going to show a clip of Real and Chance acting a fool, but just so you know that what you see on reality TV is not always real, Ahmad is an intelligent dude.  Here is a talk that he gave for “New York Life”.  It gives provides a whole new perspective on him and his life.