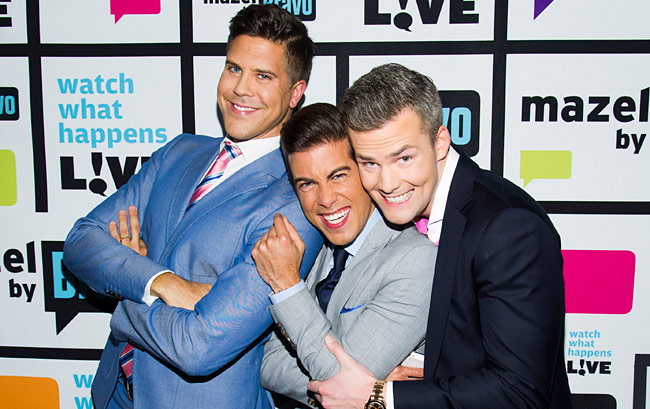 I’m not embarrassed at all to say that I am a Reality Show junkie.  Period.  I know it’s not really reality but it sort of is at the same time.  If you are a fan than I don’t need to explain it to you.  If you are not a fan, than you are missing out.

If you are with me, than your TV is on Bravo more than half of the time it’s on.  Million Dollar Listing New York is one of my staples and its back!  L.A. is cool, Florida will get there, but I’m a New Yorker and MDLNY is my s**t.   Just when I’m thinking it’s been away too long, BOOM!

My only question now is, will the show ‘jump the shark’ here in season 4?

Season 4 boasts over $750 million in listings, so in regards to Real Estate, we are in good shape there.  That dollar figure is more than any season ever, L.A. or New York.  This means that we will be seeing bigger more luxurious properties and with that larger than life property owners with the egos and bank accounts to match.   My concern isn’t the Real Estate, it’s when it comes to the rivalries or lack thereof and the new focus on the personal lives.

From the trailer we learn about three life events all in different stages – Luis gets a girlfriend, Ryan is getting married and Frederick and his Hugh Jackman look alike husband are having a baby.  Is this all too much sap and mush when these guys should be closing deals?

The other thing we notice is that they are teaming up, instead of trying to tear each other down.  During one part of the trailer you can hear Frederic say to Ryan,

We both have a lot to win joining forces. I don’t want to go back to where we were before.  We’re friends now, right?

You also see Luis and Frederick teaming up.  In that scene of the trailer, you hear Luis warn,

Let’s not f**k it up please

Do you see my concerns?  However, Bravo has not let me down yet, and neither has Frederick’s ego and his will to compete.  Although he is a nice guy, he also has to win, sometime at all costs.  That should make things interesting even if they are working as a “team”.  In fact I”m counting on it.

Here is the trailer however we are still 2 months away from the premiere which airs on April 15th.