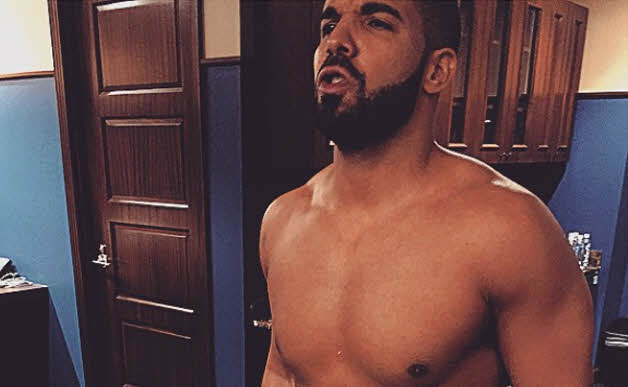 Who Knew? Drake Is Jacked And His Instagram Photo Has The Ladies Going Wild We all know Drake is half rapper, half R&B crooner.  We also know that has always been a ladies man but up till now he has done so without showing off any “Cleveland”.  Well that has changed. Apparently the 28 year old has not only been working out, he has been training with personal trainer  Jonny Roxx.

Drake took to instagram to show off his progress and give a shout out to Jonny Roxx which I’m sure gave a boost to Jonny’s personal training business.  Drake wrote

‘@ovojonnyroxx Tank got me working at the Palace!!!!! Push Pounds’

Then posted this photo…….and the ladies went wild!!! The rapper, whose real name is Aubrey Graham, posts this super jacked photo to show the ladies that this Aubrey is all man.   In case the chiseled chest and six packs wasn’t enough, he also hits them with the full grizzly beard!  This new physhique is in stark contrast to the previously flabby-oso Drake pictured below: If you were wondering just how much the ladies liked the photo, it received 345K likes.  However, let’s not kid ourselves, we know that’s not all ladies. I would say one third of those “likes” were from women, another third were from guys who like guys and the other third are from haters like me that focus on the 45lb dumbells in each of Drakes hand.  We look them, laugh and say,

Is that all Drake?  Come on Auuuubrey, you can do better than that

And then there are some, who found the photo inspirational and have decided to go work out themselves.  The motivation was easy as they imagined themselves “working Drake out“, during their work out.  Get it Girl!