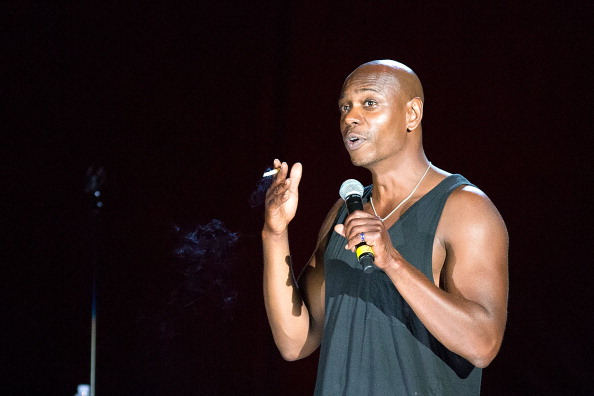 Looks like Dave Chappelle’s comeback has hit another bump in the road….him. Apparently last Thursdays’ show in Detroit was so bad, fans are requesting a refund.

The 41 year old comedian was definitely not on his game. His set was filled with moments of just him rambling with slurred speech while other times he just sat and smoked. During one point in the show, someone yelled out for him to start his official act. Chappelle’s response was that he had to end the show soon because it was close to 2 in the morning. Everyone who paid their money quickly reminded him that it was only 1 AM.

A rep for Chappelle tried to do some damage control by explaining that this show was not indicative of what you should expect from his tour,

Out of the 50 shows on the tour, Thursday was definitely not his best set On the flip side, the incident inspired some additional sharp-witted material and (Friday) he came back with a vengeance.

Oh, so he was good on Friday but not Thursday? I get it. Well, I’m sure those patrons who paid $50 to $240 per ticket on Thursday would be happy to know that Dave was back to his old self on Friday.

As far as refunds go…no dice! Thursday’s show was held at the historic Fillmore located in downtown Detroit. The venue holds 2,888 people; if everyone paid the minimum price of $50 that is a $150,000 evening. With the rich history of The Fillmore comes a wealth of experience and they know all about drunk comedians. That’s why their ticket policy clearly states, “they are not responsible for artists’ content.” That definitely goes for drunk-ass comedians.

Here is a video clip of the performance. The clip is so bad; I want a refund from Youtube.