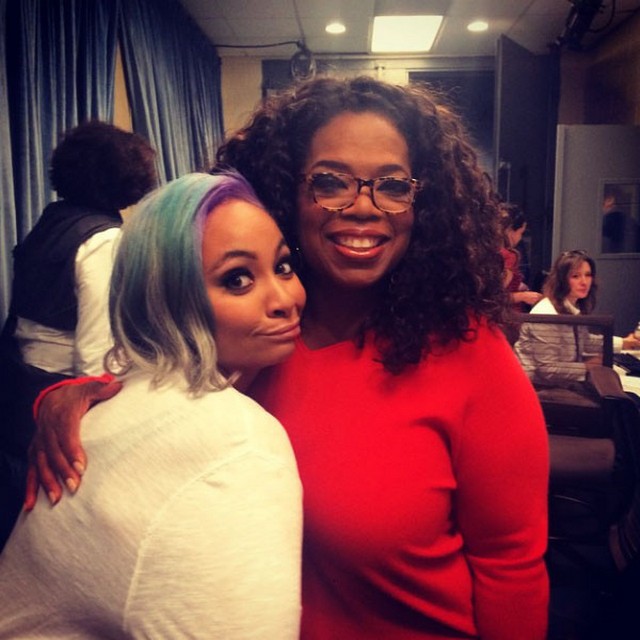 Raven-Symoné Fires Back At The Haters, Wants The Nasty Attacks To Stop!

Raven-Symoné has had to answer a lot of questions after her controversial one-on-one interview with Oprah. In the interview, the 28-year-old star told Oprah that she doesn’t like to be labeled.

Her comments during the interview upset some people, and those people have been harassing her online ever since. And this past weekend Raven decided to put an end to all the negativity. She responded to the criticism by posting a long message on her Facebook page.

“I don’t take offense to those that are mad at my personal opinion of myself. Like before, I’m glad there are conversations happening. Our generation tends to stay comfortable ,at times, with issues and topics that need to be addressed. What does irritate me is the bulling tone towards myself and other opinions in the blog. Keep your disrespectful, mean, hurtful, words in a diary for yourself. Personal attacking is not needed.”

She the continued by saying we should all strive for respect.

“No matter what race, nationality, culture, or womb you came out of; strive for respect. Strive to be virtuous, so the conversation can lead to great things, other things. We have reached a standstill in our progression as Humans. Let’s have a floor of RESPECT, KINDNESS, OPENMINDED-nESS.”

Hard to argue with that. I don’t know Raven personally, but from her interviews and messages to her fans, it seems like we think the same way. The fact that so many people are angry with her because she said she didn’t want to be labeled proves that humans need to stop shopping at Office Depot.

I just wish she didn’t label herself as an American. At the end of day, we are all the same. It doesn’t matter what color you skin is, where you were born, what clothes you wear, who you love, etc. Unfortunately, it’s not that easy. We should all be the same. We should all be treated the same.

But we are clearly not. And until that changes, labels will continue to play a big role in this world.