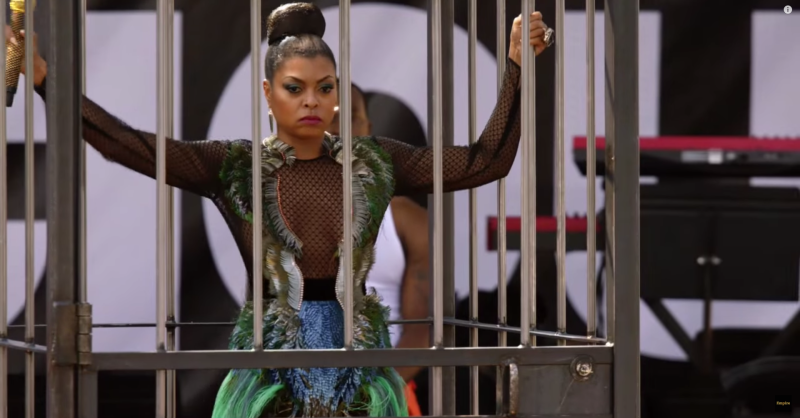 With all the rumors of guest stars, exciting new plot lines and a chip producer and show’s creator Lee Daniel’s has on his shoulders after being snubbed from the Emmys, the anticipation for Empire season 2 could not be greater.

Although Tararji P. Henson is nominated for lead actress in a Drama Series, the show was overlooked for Outstanding drama.   I agree that there is stiff competition in that category with other shows like Downtown Abbey, Game of Thrones , Homeland and House of cards. But when you add Orange is the New Black and Better Call Saul, Empire definitely should have been included in that  list of nominees.

When you think about the concept of the show and the plot and mix it with really good original music, what you have is an urban version of Glee with great acting.  Many of us do not want to admit this….but it’s a Hip Hop Glee.

The show’s popularity has piqued the interests of great talents that almost never do TV.  Spike Lee and Denzel Washington have both expressed interests in working on the show.  Daniels says that Season 2 will have less opulence as he will take audiences back to the Lyon family’s more modest beginnings.  However he does promise more celebrities; we can expect to see Lenny Kravitz, Chris Rock, Alicia Keys and Tyrese Gibson to just name a few.

For fans who can’t wait the two months, Fox released a 30 second trailer and fans went crazy.  Personally I think the trailer is crap but fans disagree. As one fan wrote,

Ummm…..yeah. The sad part is, I think he was serious.  Here’s the trailer.  Hopefully we will see another before the show’s official Season 2 premiere on Wednesday September 23rd.