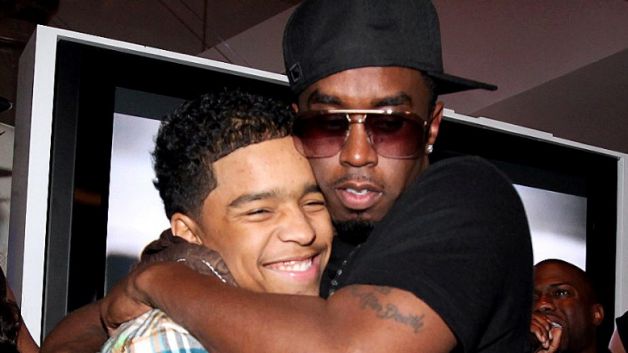 UPDATE: Find Out What the Coach Said That Made Diddy Go Off; Diddy and His Son Both Make Statements Regarding the Incident I’m still surprised that Sir Diddy was actually involved in this scuffle. Despite having more money than God, I suppose we are all human and capable of having an off day. As more of the details are shared, it was revealed yesterday that the entire thing stemmed from the actual comments that coach Alosi made during the training session in which he was giving Diddy’s son Justin a hard time.

“I don’t care if your dad’s here. This is UCLA. I’m going to treat you just like I treat everyone else.”

That was basically it. That prompted the meeting in Alosi’s office where it appears that UCLA’s scenario of events (Yesterday we provided both sides of the story) appear to be the more accurate depiction of what really happened.

As a result Diddy was formally charged with three counts of assault with a deadly weapon, one count of making terrorist threats and one count of battery

The terrorist threats were based on Diddy repeatedly shouting that he was going to F**k coach Alosi up. The scuffle itself was broken up by interns and the coach allegedly suffered cuts on his face and a torn shirt. This is more likely the story because Diddy actually got arrested. In order for that to happen when authorities arrived there had to visible signs of not only confrontation but that Diddy was the aggressor.

Diddy released a statement on the events on his Revolt website through his PR Team. It’s exactly the generic commentary you would expect at this point,

The various accounts of the event and charges that are being reported are wholly inaccurate. What we can say now is that any actions taken by Mr. Combs were solely defensive in nature to protect himself and his son. We are confident that once the true facts are revealed, the case will be dismissed.

I thank God for having a father that’s always there for me.. Love you pops!

Charges will most likely be dropped by UCLA however Combs will be banned from the field during practices. However you can expect a lawsuit from coach Alosi. I’m sure he sees this as his golden opportunity although I would expect UCLA to informally intervene there as well. UCLA can get another strength and conditioning coach, but there is only a handful of half a billion dollar graduates that you can hit up for donations. You can also expect Diddy to diligently doled out Some Dollars to make this all go away. That’s what having money is all about. Right Puff?