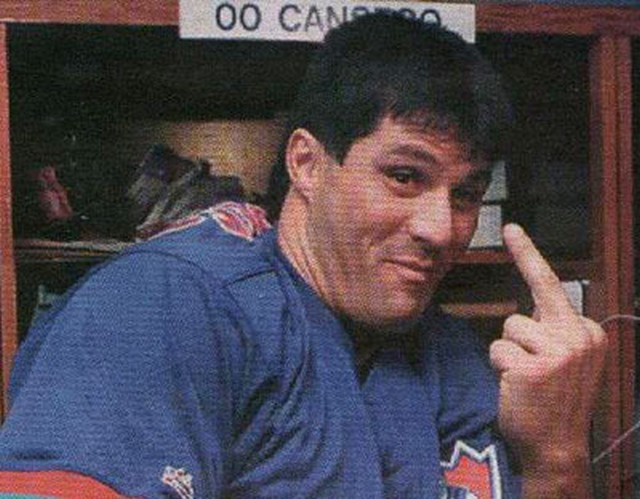 But there is one former baseball player who will not be celebrating. Jose Canseco. The 50-year-old admitted steroid user shot himself in the hand while cleaning his gun yesterday. The bizarre accident happened at his home in Las Vegas.

“It was a serious hand injury. There was nothing suspicious. There was no alcohol involved, just a misstep with a handgun.”

According to Canseco’s fiancee, Leila Knight, Canseco didn’t even realize the gun was loaded. Reports say his middle finger suffered the most damage. He was rushed to the hospital and doctors performed surgery on him immediately. “I heard the gun go off and saw his middle finger hanging by a string.” Knight said. She added, “It will either have to be amputated or have full reconstruction surgery.”

We’re still not sure if doctors were able to save his finger, but Knight did send out the positive message you see down below early this morning.

I was really hoping to see some photos of this injury; however, knowing Canseco, he will probably make the most out of this injury as he can. TV interviews, a book about how the accident happened, a book about moving forward without a middle finger, etc.

He will find a way to make a profit.