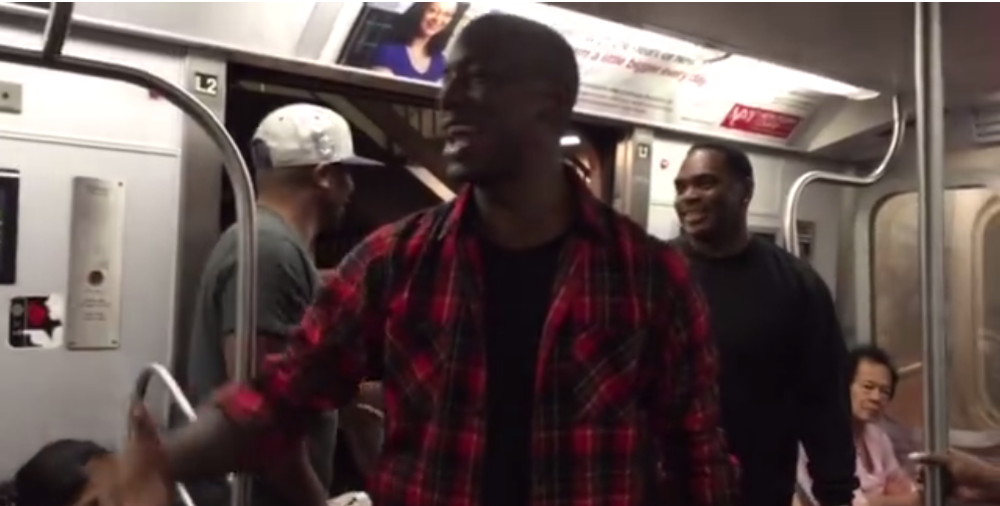 We have to take our hats off to Tyrese.  He has changed a 30 second Coke commercial until a multi decade career.  I don’t care who your agent is, that is hard work.  After almost getting type-casted in 2001 as a “hood” actor by doing such a great job as Jody in the movie “Baby Boy”, he has managed to navigate Hollywood’s choppy waters and get casted into two huge franchises, “Transformers” and “Fast and Furious”.  While all this moving making was occurring, he has also continued to deliver fans good music.

The singer was on The View Friday and got a bum wrap as his musical performance was cut from the show’s television broadcast.  His latest and sixth album “Black Rose” is an independent effort.   Although this means he will make more money per album sold, he will most likely sell considerably less as all production, promotion and distribution will be funded out of his own pockets.  This is why his performance getting cut on Friday probably cost him thousands in lost sales.

Tyrese also claims this to be his last album or at least last solo album.  I will go on record to say that if this does well, it won’t be.  Which is another incentive for fans to show their support.

WHO NEEDS RECORD COMPANIES WHEN YOU HAVE SOCIAL MEDIA?

Tyrese is extremely active on social media and he is also good friends with Vin Diesel who happens to have one of the biggest facebook pages of any celebrity.  This alone should be good for some album sales, not to mention Tyrese is somewhat of a sex symbol so a few shirtless selfies couldn’t heart to pop the charts either.

Since he was in town for his appearance on The View, he decided to do what other (although not so famous) artists do, a little self-promotion.  He hit the NY subway to promote his album, person by person.  Granted he had bodyguards with him and filmed the entire journey, but  as you all know to well, just about anything can happen on the subway in NY….and did.

Tyrese posted the video on facebook  Friday and it was easily headed for 5 million views.  The caption with the video read,

“I said f— it… And went independent I’m in Brooklyn NY on the train selling my ‪#‎BlackRose album and this happened!!”

His plan is working as he is currently selling number one on Amazon.