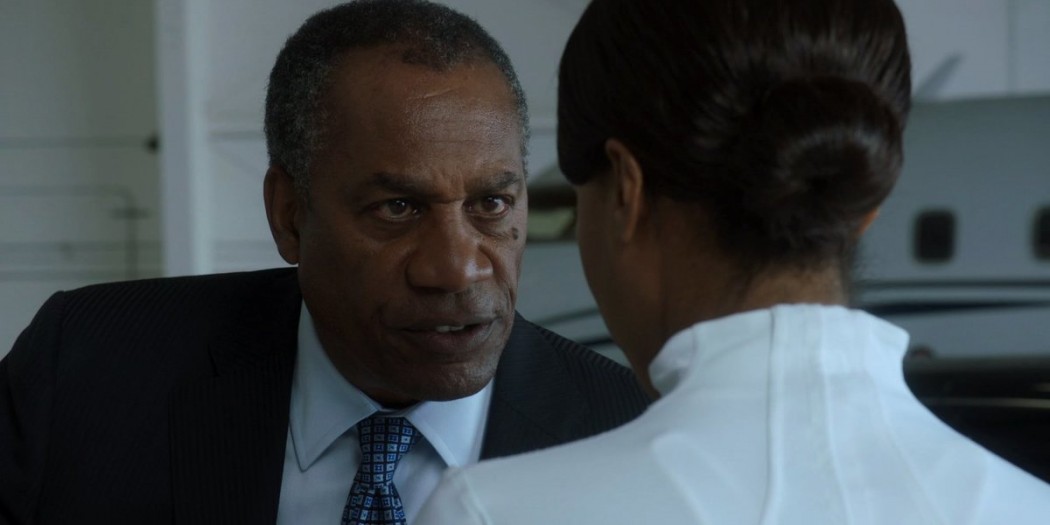 With today’s 24 hour, 7 day a week news coverage, every topic is reported on from almost every angle possible.  However, shows like The Nightly Show with Larry Whitmore have the freedom to explore different ways of going after polarizing topics.  Many times they also have the luxury of recruiting top talent to help them in their pursuit of mixing entertainment with education (edu-tainment: Credit to Boogie Down Productions).

This week, Joe Morton was a guest and Larry asked the 67 year old to get into his character as Papa Pope and talk about those who want to preserve the confederate flag.  Like flipping a switch, Morton went from being like your fun, friendly, super cool Uncle, to being the hateful, menacing Eli Pope.  That’s what actors do.  Here is what Eli Pope had to say….

If what he says sounds familiar, how about the monologue from Season 3 Episode 10 of Scandal.  You can see the parallels.  When you consider that Joe did that off-the-cuff, it’s pretty impressive.  Again, that’s what good actors do.

For those die had “Gladiators”, I’m sure that this clip has your mouth watering for more Scandal.  ABC announced that Season 5 will premiere on Thursday September 24th 2015.  Although it sounds far away, we will be school shopping, celebrating Labor Day, watching football and DVR’ing Scandal before we know it.  For now enjoy the repeats and enjoy the summer….there is no need to rush everything.  Life is too short.