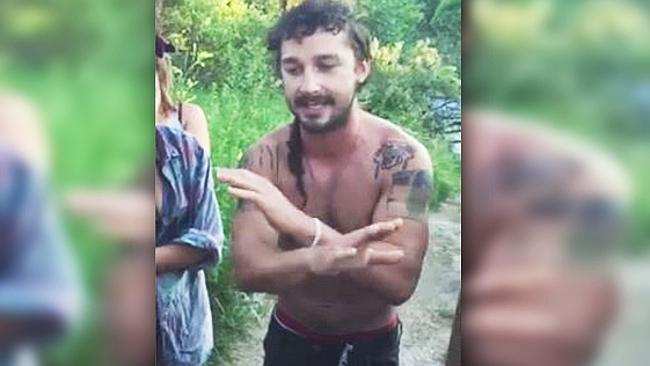 Just when you thought Shia LaBeouf couldn’t get any stranger. This dude is out there in his own little world, and his world is a very strange place filled with odd motivational videos, paper bags, cannibalism, spitting on police officers, and most recently spittin’ fire during a freestyle rap battle.

The hilarious video you see below hit the internet last weekend. No one knows when the video was shot, but does that really matter? No. It doesn’t. You came here to see Shia share his amazing flow with the rest of the world.

And while we certainly applaud his passion, it’s clear his freestyle rap game needs a little bit of work. I think he said sh-t at least 100 times in the video. He also called Transformers ‘dummy rap’ when someone in the crowd mentioned Bumblebee. ‘I’m so past that. I want some new sh-t.’ he added.

If only the person in the crowd yelled out, “I meant the tuna company, you narcissistic asshole!”

Never stop being you, Shia. Even if it means you want to walk around with that new age Joe Dirt hairstyle.